Choosing a software package to run your entire business is probably the most critical decision an agent can make, says Joanne Christie. So how do you approach it? 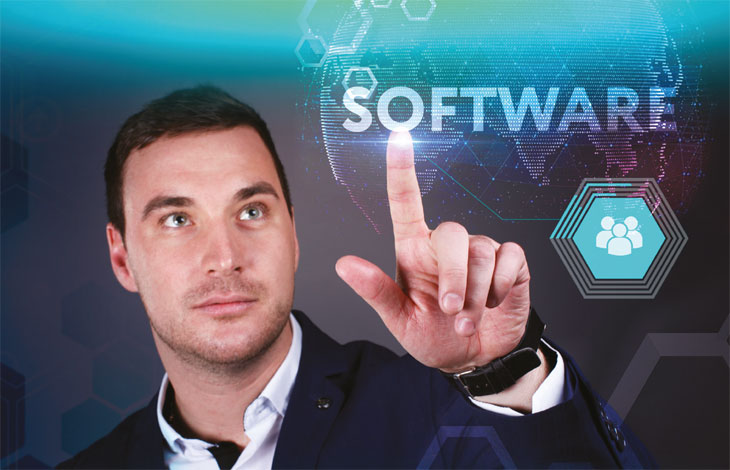 Making the wrong decision could be costly and time-consuming and with the current state of play in both sales and lettings, few agents have time or money to spare.

Peter Maskell, Director, Brock Taylor, says for a single-branch setup such as his Horsham agency, the idea of changing from its current provider, Jupix, is off-putting. “We have flirted with other systems and we used another system prior to this. But the longer you are with a system, the prospect of change seems increasingly daunting because of all the data to be transferred.”

We flirted with other systems and used another system, but the longer you’re with a system, the prospect of change seems increasingly daunting because of transferring all the data. Peter Maskell, Brock Taylor.

However, Simon Comber, Marketing Director at Charters Estate Agents, which has seven offices across Hampshire and Surrey, says he has no regrets about their decision to change to Reapit last year. “We didn’t find the last platform as flexible as we needed – this became apparent when we started to grow our network of offices and demanded more from the system.” However, he advises agents considering a change to do their homework. “Find something that is tried and tested, don’t be afraid to demo more than one platform and ask for testimonials from current client users – hear what they have to say too. Find out what aftersales support you get too as part of your package.”

Don’t be afraid to demo more than one platform and ask for testimonials from current client users – hear what they have to say. Find out what aftersales support you get as part of your package. Simon Comber, Charters.

Loop’s Founder Director Oliver Gleave says this is an important point. “Technology can provide competitive advantage but it must be fully understood and exploited by the end-users, this is where a supplier should be able to offer personalised and proactive support.”

When choosing a new or replacement system, one of the things agents are most concerned about is how open a platform is. With a dizzying array of proptech offerings on the market, many want to be able to plug in bits and pieces of software on top of their main platform.

Although he says it is otherwise suitable for the day-to-day running of his agency, lack of openness is a consideration that Maskell has with Jupix. “The Zoopla-owned systems don’t have open APIs so that is a real issue. Zoopla doesn’t like to enable companies to bolt on or to integrate, which is one of its big shortfalls.”

However, while Zoopla aims to offer a “one-stop-shop for our customer’s software needs” with its own proptech add-ons, Sales Director James Toogood adds, “We’re open to integrating with proptech solutions, both Zoopla and external, that provide our customers with the best tools to help them get the job done. As properly executing integrations requires resource from us and our customers, we look at opportunities on a case-by-case basis to ensure we add the most value to our customers.”

Zoopla certainly isn’t the only provider that doesn’t have an open API – in fact even some of the newer providers, for example, Teclet, don’t fully open up their systems.

“We integrate with a lot of API partners – everything from online payment providers through to inventories and within the platform so it saves the need for agents to go out and do all of this separately,” says John Evans, Commercial Director at Teclet. “But it’s not open. With the API keys we integrate with anybody who is prepared to integrate with us but we obviously have to do that on a one-to-one basis. An agent couldn’t do it without us being involved.”

There are some providers, however, which are fully open, for example, agentOS. “We have always believed that each agent runs their business differently and they may find different proptech works better for their processes and business. So a few years ago we created an open API to make it easier for our clients to connect to partners and tools that work best for their business, making us the central operating system to run them from whilst still being a great CRM system,” says Amy Hansen, the company’s group marketing manager.

Given that providers without open APIs such as Zoopla and Teclet are still very popular with agents, the latter having just signed a deal to offer software to all Hunters branches, clearly there are other factors that are equally important.

Evans says automation is one of them. “Teclet automates a great percentage of the processes of lettings, from pre-tenancy all the way through to post tenancy and renewals. The principal benefit for agents, and what we find is giving us traction at the moment, is they love the fact that it reduces their cost base significantly, because at the moment with the lettings fee ban coming, their income is going to be impacted quite dramatically.”

Trevor Youens, Director of Residential Solutions for Europe at MRI Software, agrees the lettings fee ban is behind some of the drive towards automation, but says there are also other factors at play. “Some of the stuff we’ve been doing lately is around workflow management. What a lot of agents have to now buy into – or get on board with – is that you don’t want staff doing things their own way. You want to make sure they are basically carrying out processes in a standard manner and the only way you can really do that is by restricting the way the system works.”

Gnomen’s Business Development Director Montana Hassan says market forces are also driving a change in software needs. “There is currently a trend in agents adopting the hybrid model – this opens their palette to a range of technical needs, from package offerings to service automation. Many high street agents are looking for more automation and a self-running service even if they decide not to adopt the ‘hybrid’ model.”

However, Loop’s Oliver Gleave points out that there’s only so far automation can take agents. “Workflow automation can improve efficiency, but the goal of all technology should be to further strengthen the human element, and in estate agency it can help to repurpose an agent’s time so that they are more client focused and service-orientated.”

It may seem counter-intuitive, but being more service-orientated increasingly means having more tech, not longer opening hours. “People can book almost anything on a mobile now including holidays, restaurant reservations, food delivery, so more and more consumers are expecting to be able to interact with their estate and letting agents in the same, more sophisticated way,” says Zoopla’s Toogood.

Comber says this is one reason that Charters is currently tweaking its system. “We are about to introduce an automated email system whereby anyone wanting property details from our website outside of the usual business hours will receive an email acknowledging their interest and confirming the branch will be back in contact regarding the specifics. It also allows us to send, in the same email, five properties of a similar price range and area for them to perhaps consider too. We are will now always be in touch with customers in some shape and form 24 hours a day, 7 days a week.”

Evans says that although Teclet had decided it was important to offer its platform 24 hours a day, 365 days a year, the company itself had not anticipated the level of administration that would be done out-of-hours. “We were surprised that around 40 per cent of our transactions are dealt with out-of-hours so a significant chunk of administration is being done while the branch is closed. Some landlords choose to deal with things at 11 o’clock at night.”

For agents looking to please today’s consumers then, it seems the goal is not simply to come across as better than a faceless agent, but to also strike the right balance between people and software.

Both Maskell and Comber chose their current suppliers in part because of their ability to offer a platform covering sales and lettings.

Reapit CEO Gary Barker says this desire is not only common, but necessary.

“If agents are not using a unified CRM across all their businesses and teams, it’s a given that they are missing opportunities. Without a single source of truth, i.e. one set of data that covers all their company’s customer activities, they won’t be able to see the full picture and where they might be missing real and valid opportunities.

If agents are not using a unified CRM across all their businesses and teams, it’s a given that they are missing some opportunities.

“Consider, for example, the ability to identify and share leads between your lettings and sales businesses, mining for new opportunities with buyers and sellers that may have moved a while ago, or properties that were withdrawn but might be ready to return to the market – which becomes evident when all your data is consolidated in one system.”

MRI’s Trevor Youens adds that while in the past sales and lettings directors often made separate decisions on platforms, this has changed. He predicts the market will force further streamlining. “As you go into a tougher market you find that staff who do sales should be able to transfer their skills to lettings and if they are trying to use two systems it is not going to work. Clients of ours that use a single solution across sales and lettings get a better return than the ones that use separate systems.”