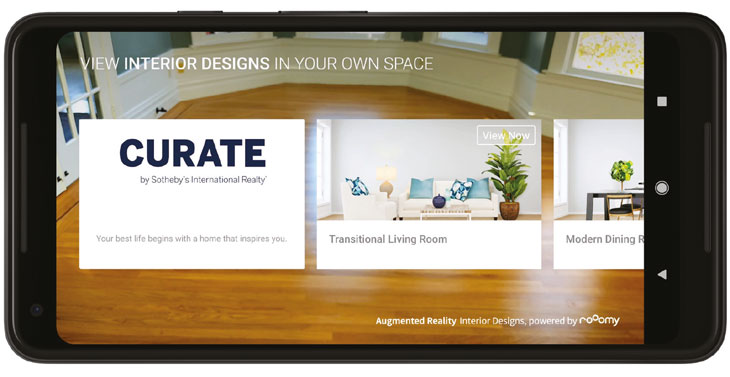 The app was built with ARCore, Google’s AR Software platform, and is powered by roOomy, a virtual staging technology platform specialising in 3D/AR/VR content creation and application development. Curate by Sotheby’s International Realty allows potential buyers to visualise a house as their own before purchase, thereby curating the homebuying experience.

Curate takes virtually staged images from a flat, 2-D screen into the house itself through the power of AR. The app also features a curated selection of AR interior designs, ranging from modern living rooms to traditional dining rooms, which provides the homemover with the opportunity to immediately swap among these styles, something physical staging could never accomplish.

Curate by Sotheby’s International Realty is available now for download in the Google Play Store. The app was built with Google’s ARCore, which can run on 100 million Android devices worldwide.
www.sothebysrealty. com/eng/curate