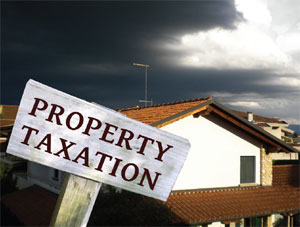 Kate says: Well Mr Osborne and Mr Carney… that didn’t go quite according to plan! The rationale for the introduction of the new 3 per cent Stamp Duty for second home owners, especially aimed at buy-to-let investors, was to reduce the impact of a potential ‘bubble’ in house prices, which would worsen the effect of a recession on house prices in general. Instead, what appears to have happened to date is succinctly put by the CML, “The distortion caused by this stamp duty change appears to be larger than any previous stamp duty change we’ve seen.” Oops! As we can see the price growth (bar Halifax) pretty much caused, albeit in the short term, exactly what it was supposed to have prevented!

However, it was all pretty good news for the industry with transactions being more of a driver of performance than property prices. According to Nationwide, “There were 165,400 transactions in March, an all-time high, some 11 per cent higher than the previous peak of c149,000, recorded in January 2007.”

And it doesn’t seem to be having a tremendously bad effect on April’s sales, in fact in some regions landlords are now coming to them, moving away from London/South to invest, as stamp duty bills are lower, while others are using the 3 per cent stamp duty hike as an opportunity to negotiate money off the purchase. So far, so good for the industry, although the treasury will benefit from extra funds to invest in first time buyer initiatives, it doesn’t appear to have dampened investors’ enthusiasm to purchase more property.

However, a slowdown may just not have filtered through the figures yet, as the Halifax reports that confidence in the UK housing market “is at its lowest level in over a year.” (Halifax Housing Market Confidence Tracker).

LSL Acadata HPI: “London led the way this April, with the value of the average home in the capital breaking through the £600,000 barrier. The average house price in London has almost doubled over the past seven years, up from £321,917 in April 2009.

“This is the first time nine regions have broken records in the same month since October 2007 at the height of the boom – as the market has now fully recovered from the crash.”

Hometrack: “The highest increase in house prices in the last quarter was recorded in Liverpool as prices rise off a low base, closing the gap to other major cities such as Manchester and Leeds where house price growth is running at over 7 per cent per annum – the highest year on year growth since 2007.”

Kate says: Never before have I seen a time when the agent is crucial in determining the value of a property, for me, their local expertise is essential. This is good news for the agents that can market this knowledge to their advantage.”

Heat Map of the annual change in the average house price, by region, March 2016

RICS: “New buyer enquiries declined during the month, with the fall widespread across the UK and only Scotland and East Anglia seeing some modest growth. While reduced demand from buy to let and second homes appears to have been the main cause of this fall, it may also reflect some uncertainly beginning to enter the market in the run up to the UK’s referendum on its EU membership.”

Nationwide: “There was a surge in the number of residential property transactions in March ahead of the introduction of the additional stamp duty levy. There were 165,400 transactions in March, an all-time high, c11 per cent higher than the previous peak of c149,000 in January 2007.”

Agency Express: “National data recorded by the Property Activity Index revealed a decline in properties ‘sold’ with figures falling by -1.5 per cent. Across the UK the regions recording the largest month on month increases included the South East +4.6 per cent, East Anglia +3.5 per cent, Wales +3.1 per cent, Yorkshire & Humber +2.3 per cent and North West +1.7 per cent.”

Bank of England: “The number of loan approvals for house purchase was 71,357 in March, broadly in line with the previous six months.”

Kate says: Most of the indices this month point to a change in demand in the market place following one of the biggest transaction months for some time in March. Rightmove talks about far more people ‘trading up’ and there is an expectation and some evidence from the NAEA that first time buyers are seizing on the idea that less buy to let investors are buying, and coming back to see what the competition to buy is like. However, so far there doesn’t seem to be a substantial fall in buy to let investors and in some cheaper areas some agents are reporting more enquiries.

NAEA: “The number of properties available soared by 54 per cent in March to 54 per branch – up from 35 in February.”

RICS: “Supply conditions remain tight with 8 per cent more surveyors reporting a fall in new instructions to sell rather than a rise. This decline was quite widespread with the majority of areas seeing a decrease in the number of new properties coming onto agents’ books.”

Agency Express: “After a slowdown during March, April’s property market bounced back with national new listings ‘for sale’ figures rising by 8.2 per cent. Across the rest of the UK, nine of the twelve regions recorded reported increases in new listings ‘for sale’ with the South East reporting their largest increase in new listings up by 25.3 per cent. The other regions recording the largest month on month increases include London +16.1 per cent, Yorkshire & Humber +12.4 per cent, South West +10.8 per cent and Wales +10.7 per cent.”

Kate says: Mixed indices feedback this month, with the NAEA suggesting a surge in March of 54 per cent for stock per branch and Agency Express seeing huge growth in London and the South East, although sold numbers were down a bit. The RICS however, reports the opposite, with a rise in the number of surveyors saying new instructions have fallen, although this could be due to the huge rises experienced in March/early April, and supply has fallen back since.

The good news too is that the HBF are working more transparently with the government and local authorities to help reach the target of one million more homes by 2020. Now, therefore, new build has to be a core part of any agent’s strategy.”

Is the steam running out of the ‘Say No to Rightmove’ campaign?