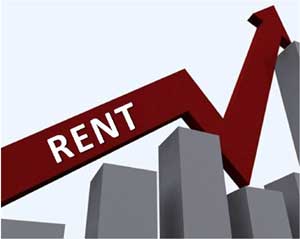 Fewer new homes will be built and rents will rise as a consequence of the hike in stamp duty on buy-to-let unveiled in last week’s Spending Review, the Institute for Fiscal Studies (IFS) has predicted.

The Chancellor George Osborne announced that a 3 per cent rise in stamp duty for buyers of second homes and buy-to-let landlords will come into play from April 2016, almost trebling the purchase tax on a typical £275,000 buy-to-let home from £3,750 to £10,800.

Osborne believes that the new surcharge on stamp duty for landlords and those acquiring second homes will raise £1billion for Treasury by 2021.

The tax change will almost certainly result in an inevitable rush of people trying to secure buy-to-let properties before April’s deadline, which could push up home prices in the short-term. But should the buy-to-let market slow thereafter, as many analysts anticipate, it may enable more first-time buyers, squeezed out by investor-driven purchasers, to buy property, but not if there is a major reduction in the construction of new homes.

Stuart Adams, a Senior Research Economist at the IFS, projects that the tax increase could deter property developers, with less reason to invest, slowing down the building of new properties.

Adams also forecasts that the new tax measure could drive down property prices and force up rents, as many landlords pass on the additional cost to tenants.

“Properties will be worth less because potential landlords and potential homeowners won’t be willing to pay as much for them,” Adams said.

“If property developers don’t feel they’re going to get as much for them, then there’s less incentive to develop it,” he added.
Many property professionals agree that the delivery of new housing could fall and rents increase as a result of the rise in stamp duty.

Adrian Gill, Director of Reeds Rains and Your Move, believes that levying an additional 3 per cent stamp duty on buy-to-let purchases has “introduced a massive stumbling block to supply in the private rented sector”, while Brendan Cox, Managing Director of Waterfords, agrees that the tax change “is not good news for the market”.

“Instruction levels are already at growing odds with rising demand, so in my view, deterring investment in property will ultimately lead to less private sector rental stock. In turn, this will put further upward pressure on rents and make life even tougher for tenants financially,” said Cox.

Commenting on Osborne’s announcement on increased stamp duty on buy-to-let property purchases, Richard Lambert, CEO at the National Landlords Association, said, “The Chancellor’s political intention is crystal clear; he wants to choke off future investment in private properties to rent.

“The exemption for corporate investment makes this effectively an attack on the small private landlords who responded to the housing crisis by putting their own money into providing homes by the party that they put their faith in at the election.
“If it’s the Chancellor’s intention to completely eradicate buy to let in the UK then it’s a mystery to us why he doesn’t just come out and say so.”