The Stamp Duty Land Tax on a £5m home in London would buy a beautiful villa in Italy, says Andrew Symington, Symington Elvery.

There will be uncertainty arising within the Prime Central London (PCL) market as a consequence of the vote to leave the EU and many will blame this referendum decision for subsequent price falls, prior to recovery. But in our opinion, by far the main responsibility for the weak state of the market has to be placed firmly at the door of the Stamp Duty Land Tax (SDLT) reforms that were announced in the 2014 Autumn Statement. This brought in a new tiered system of SDLT with a top layer of 12 per cent, which was also subsequently increased this year with an extra three per cent levy on Buy to Let or second home properties. The result of which is that if someone is buying a second home for £5,000,000, they are subject to an SDLT liability of £663,750 (13.3 per cent). Mr Osborne was sending a clear message that he wanted to slow the PCL market. 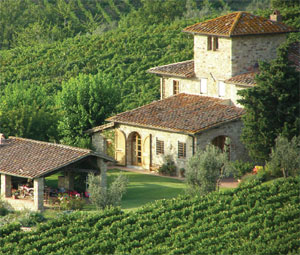 Recent market data clearly shows that SDLT is not slowing the market to a more sensible level of growth, it is killing it. This started in Prime Central London, where, for example, the borough of Kensington and Chelsea was down 12.8 per cent in the year to April 2016, according to Rightmove. In fact as a whole, the volume of transactions in Prime Central London is down significantly. At the higher end of the market, buyers regard the SDLT levels as onerous and a significant disincentive to investment. Purchasers are far more likely to pay higher levels of duty in a rising market because they can see their SDLT liability being paid back by inflation in the value of the asset.

In a recent survey, LonRes states that 66 per cent of their estate agent respondents expected prices to fall this year, with only 18 per cent anticipating a rise. Given the traditionally optimistic outlook of agents, the true position may be worse. The impact of the SDLT may seem obvious, however, there is a consensus that the market will adjust. This is not necessarily the case. Whilst sympathy may be limited for those that can afford to purchase a second home for £5,000,000, the reluctance to buy can be appreciated. After all, the SDLT liability alone arising from such a purchase would roughly pay to privately educate two children or purchase a beautiful villa in Italy. If the second home is absolutely “necessary” then they buyer could always rent instead, the SDLT liability again is likely to cover renting for 5-6 years.

The Chancellor’s message was lound and clear. He wants the brakes put on the Prime Central London market, but that is not the answer.

The lack of market activity, not the prices that are obtained, is what will be affecting agents and those involved in related property services including solicitors and surveyors. The Chancellor’s message is clear, he would like to put the brakes on the PCL market and we have to salute him on the basis that he has achieved that goal. However, the decline in transactions will impact upon SDLT receipts and revenues (and consequent taxation) raised from service providers active within the Prime Central London market. He has created a massive disincentive to buy but no real incentive to sell. Furthermore, some agents are guilty of painting too rosy a picture in market appraisals in the hope of securing instructions and the SDLT liability – even on downsizing – in PCL is likely to be significant. A reluctance to sell can therefore also be appreciated.

This brings me on to the unspeakable question, “Would we have been better off with a mansion tax?” Some sort of significant annual holding charge would not only raise revenue but also provide a much needed incentive to sell. The annual charge levied on properties held on offshore companies under Annual Tax on Enveloped Dwellings (ATED) would seem a sensible benchmark for this where a property valued at between £2m and £5m incurs an annual charge of £23,350 (or 3.5 per cent of the SDLT liability in my example).

This levy is hardly likely to result in price rises, however, it would provide an incentive to sell and if it off set the seemingly insurmountable rates of SDLT, to say a maximum rate of nine per cent it could result in increased market activity from which practitioners in the PCL market would all benefit.

It is our opinion, that a vote to leave will result in a shorter and sharper correction within the PCL market. It is however, not the medicine needed to solve the current problems witnessed in the market. If the Chancellor, or his successor, elects to employ an annual charge without reducing SDLT, I suggest that PCL practitioners should move to that villa in Italy. 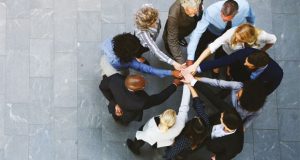