Newly marketed properties in the UK have risen by an average of £4,503 says Rightmove, with prices highest in the first timer and second stepper sectors. 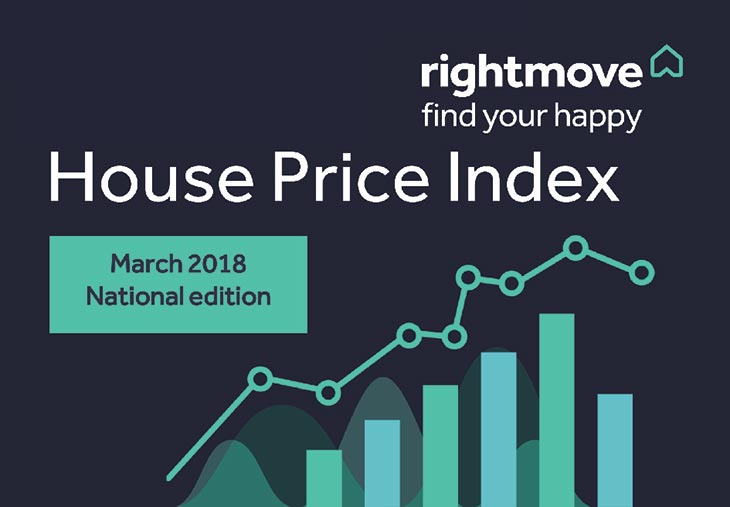 Spring home buyers will have to find more money to buy their dream home say Rightmove, thanks to March’s 1.5% jump in average asking prices for new-to-market homes.

The overall average asking price increase of £4,503 is a new 11-year high, and is thought to a be a result of three key factors: a drop in supply, with 5% fewer properties coming to market now compared to the same period in 2017; purchasers buoyed by more affordable transactions thanks to stamp duty changes; and buyers keen to lock in to mortgages now before an anticipated interest rate rise.

The overall uplift, which has been called ‘substantial’ by the portal, has been joined by pockets of record-breaking performance. Asking prices in four out of eleven regions (East and West Midlands, Wales and the North West) are now at all-time highs, while average first timer and second stepper asking prices have reached new peaks, standing at £189,840 and £272,031, respectively – figures obtained after Rightmove measured 112,693 properties coming to market in the last four weeks.

Rightmove says the increase is a ‘delayed reaction’ to home moving activity noted in the first two months of 2018, when it saw its own web traffic at its highest ever levels. It commented that price rises in January and February were subdued, and March’s 1.5% rise was the market playing catch up.

Miles Shipside, Rightmove’s Director and housing market analyst, says those searching for property this spring may be surprised at asking prices attached to fresh stock, especially since an increase of this magnitude has not been seen at this time of year since 2007: “Sellers need to be mindful of increasingly stretched buyer affordability – the more they increase prices, the more buyers will hit their ceiling on the amount they are able to save for a deposit and borrow for a mortgage. There does, however, still seem to be potential price headroom in parts of the country, especially in some of the regions in the north, and in the more mass-market sectors.”