Supply of rental housing on the rise

A third of ARLA agents expect supply to continue increasing over the next five years. 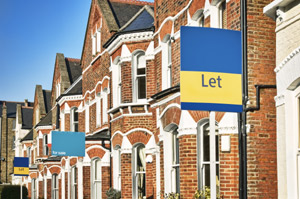 ARLA registered letting agents, which managed an average of 189 properties per branch in July, compared to 178 in June, have continued to see increases in the cost of renting for tenants. Some 37 per cent of agents reported that rents rose between June and July; the highest number since tracking began in January, when levels were at 27 per cent.

But despite the rise in the volume of available private rented homes in July, it would appear that higher rental prices are deterring some tenants from moving home, with demand across the UK having fallen marginally in July to 35 prospective tenants registered per ARLA branch, down from 36 in June.

Although demand typically picks up in late August through to early October, once people are back from their summer holiday, ARLA has described the narrowing of the supply-demand imbalance in the renal market as ‘a step in the right direction’.

David Cox (left), Managing Director, Association of Residential Letting Agents (ARLA), commented, “To finally see a rise in available rental properties is definitely a step in the right direction; although with demand remaining the same, we still have a long way to go in achieving a balanced and stable private rented sector.”

But despite the overall dip, demand from tenants in London, which is by far the most active rental market in the UK, has continued to increase, with 40 prospective tenants registered per branch in July, compared to 36 per branch the previous month.

“It’s clear from this month’s findings that the growing gap between supply and demand is an issue still rife in the capital; which doesn’t look to be improving any time soon. With the cost of renting continuing to rise month by month, it’s a worrying state of affairs for those hoping to save for their first house and just pushing the aspiration of owning a home further out of reach,” Cox added.

On a positive note, a third of ARLA agents – 35 per cent – expect the supply of rental homes to continue rising over the next five years.