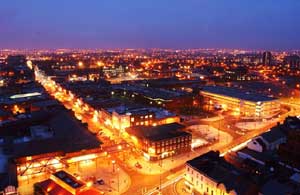 Private rents in the UK rose by the fastest rate in almost three years in September, as the severe housing shortage continued to place upward pressure on rental values across the UK.

The latest figures from the Office of National Statistics (ONS) reveal that the cost of renting private accommodation increased by 2.7 per cent in the year to September, the biggest jump since November 2012.

The biggest increases in rents were recorded in London, where prices rose by an average of 4.1 per cent year-on-year.

The increase in rental prices in the capital was almost half as much as the average rise of 2.8 per cent recorded across the rest of England, and significantly outstripped increases in Scotland of 1.6 per cent and Wales of 0.5 per cent.

“For landlords and buy-to-let investors, the story has been one of consistent rental increases, with no notable dip in growth levels since 2014,” said John Goodall (left), CEO and Co-Founder of buy-to-let mortgage lender Landbay.

“The big trends pushing up rents are the booming job market and the high cost of buying a home, meaning that many are renting for later into life than before,” he added.

Demand for rental properties is the most prominent in the North West, with agents registering on average 40 new prospective tenants per branch in September – the most out of all regions, while renters in East Midlands are likely to be most successful when finding a rental property, with an average of 272 managed properties per member branch, compared to the UK average of 182.

David Cox (right), Managing Director, ARLA, commented, “It’s interesting to see how tenants across the country are affected in different ways when it comes to the rental market; each region has its own issues, whether it’s lack of suitable housing, no available housing at all, or over inflated rent prices. It’s a surprise to see that those renting in the West Midlands are suffering from rent increases the most, when many of us would automatically think tenants in London would be the most prone to rent increases due to the competition in the capital.”