The next big things for lettings tech in 2017 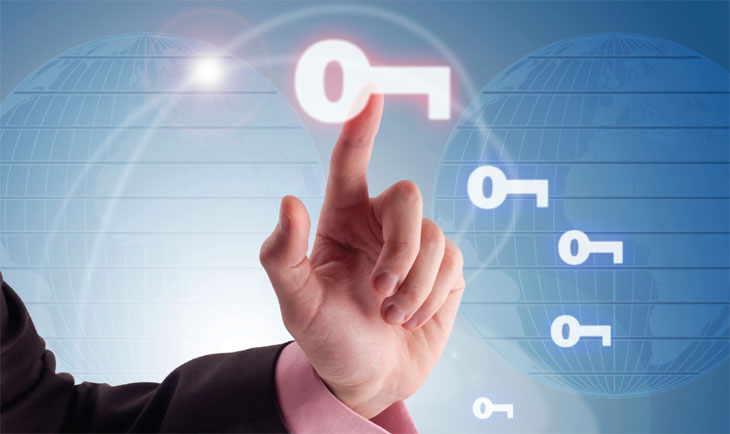 Technology is on the cusp of changing everything for agents as lettings technology providers and proptech companies compete to offer easier online management of their tenant acquisition and property management workload.

And given how important lettings are now for many agents as sales plateau and Generation Rent takes hold, it’s not surprising.

Companies such as the Property Software Group, Estates IT, Expert Agent and Rentman have been racing to offer one-box solutions to agents that can cope with the new regulatory and market requirements faced by letting agents.

These include Right to Rent, Client Money Protection, fees display, tenant deposit protection, inventories, Section 21 contractual and paperwork requirements, Gas and CO2 safety rules, agent and landlord registration and even new To Let board regulations (in some areas).

So how far will this revolution go? We spoke to two of the many new niche technology players who claim to change the way agents work with landlords, tenants and their properties.

Movebubble helps to ease the admin of organising viewings, it is a platform that’s very like Uber in that it does the digital legwork of enabling agents and potential tenants to communicate, via an app. Instead of hailing a cab, Movebubble users pick a property and then arrange a viewing.

Tenants search for properties on the app’s listings and then, via a few clicks, arrange a viewing with the agent and confirm the address and time of the meet. After the viewing the tenant then rates the agent’s performance, confirms via the app if they want the property and completes the contractual paperwork through it too. Movebubble is only available in London but is free to use for tenants. Also, it claims to converts 25 per cent of viewings into offers.

Aidan Rushby (right), CEO, says his aim is to revolutionise the rental process and make communication easier for agents and tenants while improving agent service quality. “Our technology helps us know how long it takes an agent to arrange a viewing after an enquiry, when the viewing takes place and how it goes,” says Aidan.

Tenants have to search the portals, ring the agents to see if it’s actually available and then hand over £300+ to a stranger. It’s not very ‘super-click.’ Aidan Rushby, Movebubble.

“It’s already changing the way agents and tenants interact – we’ve had viewings booked at 7am and at 9pm and offers accepted at 10pm at night.

Aidan thinks the way the lettings market works now is in the ‘stone age’ compared to the experience that Millennials get from other service industries, and he laments how, despite the digital loveliness of the portals, it’s still a manual process after you’ve found a property to rent.

“Tenants currently have to search Zoopla, Rightmove or OTM and then work out which properties are actually available by ringing the agents,” he says. “When you do find one, there’s the pain of booking an appointment, recording the time and address on a bit of paper and handing over £300+ to a stranger to secure a property. It’s not very super-click’.”

Movebubble says it has 25,000 registered users and 2,000 people a day using its app, who are mainly young professionals. It also has 53,808 properties to rent from its three main agent clients – JLL, Chestertons and Hamptons International.

Viewber is simple, it does your viewings for you. Viewber has established a nationwide network of some 2,000 ‘viewbers’ who are local people with time to spare who are paid to undertake viewings for letting agents, although they also work for sales agents and auctioneers.

I realised that if I had a fiver for every time I had turned down an instruction because I couldn’t service it, I’d be a rich man. Ed Mead, Viewber.

It’s been set up by Ed Mead who was, until recently, an executive director of London agent Douglas & Gordon and a high-profile name in the industry with involvement in Agents Mutual and The Property Ombudsman. Earlier this year he committed to Viewber full time after thinking up the idea while walking across a field in Dorset with his partner.

“She said to me, ‘what bit of your job needs improving’ and I replied that if I had a fiver for every time I had turned down an instruction because I couldn’t service it, I’d be a rich man. And the idea was born.” Ed has set up the company with former RAF pilot and online pioneer Marcus de Ferranti and, since leaving Douglas & Gordon, has spent his time criss-crossing the nation talking to potential agent customers.

The service has been trialling since April and kicked off officially in September. Its system will be fully automated this month via an online platform, with an app for agents, ‘viewbers’ and viewers in March. The service is straightforward. An agent who can’t or doesn’t want to conduct a viewing instead books in a ‘viewber’ to do it for them, who picks up the keys from either a key-safe box outside the property, from the concierge or the agent’s branch.

They familiarise themselves with the property before the viewing and have the agent’s number with them if more demanding questions are asked.

“They don’t pretend they are anything other than a viewing service there to open the door,” says Ed.

“When they are finished they put the key back in the key-safe, change the code and tell us what the new code is.

“Then they email us with the feedback from the viewing and we forward that to the agent. The ‘viewber’ is then rated on the quality of that feedback, although when the app launches the viewers will also be able to rate them.”

For the agent, the service is also easy to join. There is no contract, it’s a pay-as-yougo service and the only paperwork being a manual that serves as a service level agreement. All agents must do is provide the keys and ensure viewers are who they say they are.

“It’s about freeing up your office team to drum up business, rather than spending their working day racing around viewings,” says Ed.

“I reckon 50 per cent or more of an agent’s time is spent completing viewings but when I was doing them during my 37 years in the industry I didn’t feel I was making a significant difference to a sale or letting.

“Outside London you can spend up to an hour and a half showing a property, which is a complete waste of an agent’s time. They should be back in the office mining the database and getting listings. It’s particularly true for lettings.

“Also, remember a lot of the top-end agents such as Knight Frank, Savills and JSS have been employing separate viewing people for years.”

Viewber currently has 15 customers including two large auctioneer groups, two of the largest online-only agents and a clutch of high street agents, while others including Belvoir are considering it.

Can ‘one-stop-shops’ innovate too?

The big property software houses are working hard to keep their systems at he very heart of agents’ businesses. That includes the Property Software Group (PSG), now part of ZPG after it was acquired in April this year for £75m.

PSG has some familiar brands to offer letting agents including its cloud-based Alto and Jupix suites and Vebra, Core and CFP systems for desktops, widely used by agents from independents to corporates such as Martin & Co, Belvoir and Leaders, PSG says.

What attracted ZPG was its two latest products, which PSG says are bringing proptech-style innovation to the industry but within the ‘one-stop-shop’ format.

MyPropertyFile enables large swathes of day-to-day property management and tenant and landlord communication and paperwork to be completed online.

“It enables landlords and tenants to log into a front end and, for example, see statements and bills that the agent would normally be sending in the post,” says Mark Goddard, Managing Director of Zoopla’s Property Services Division.

“Also, MyPropertyFile enables tenants to report maintenance issues to their agent via our own Fixflo-type system, and offers similar functionality as Goodlord’s.

“The challenge these proptech start-ups face is that although they have great ideas, often they often find it hard to persuade the sector’s 22,000 branches to come with them.”

Mark admits there are challenges for PSG and companies like it within the sector. While many agents are keen on technology that helps reduce their admin workload, they are not always keen to have two-way digital dialogues with tenants and landlords.

“MyPropertyFile enables letting agents to engage with their customers but it can be configured to suit you,” says Mark. “We believe transparency and two way dialogue are going to be a prerequisite for all agents services in the next few years.”

But one of the more surprising claims made by PSG for MoveIt is that it enables letting agents to earn money from referrals for EPCs, broadband, utilities switching and contents and landlord insurance – for example – and potentially offset the costs of listing with Zoopla and even the expense of the software.

“As fees come under pressure across the sector I think agents know they need to monetise the consumer more, and we’re just trying to enable them to a better job of doing it rather than relying on the manual processes they used until recently,” says Mark.

“I realise that in lettings referrals income doesn’t come from the bigger ticket items like it does in sales from mortgages and conveyancing in sales, but there is a long tail of letting services referrals that add up, particularly when you have such rapid frequency and churn within the sector compared to sales.”