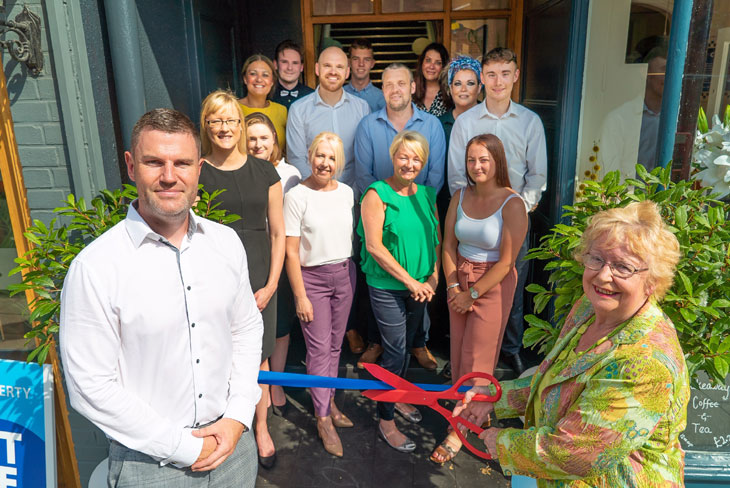 One of the North East’s leading letting agencies is following in the footsteps of the singing sensations Tom Jones and Engelbert Humperdink, following the official opening of its new Darlington head office.

My Property Box’s new 2,500 sq. ft premises on Grange Road, was, through the swinging ‘60s, famous throughout the region as the home of the La Bamba Club and casino. Along with Jones and Humperdink, it also hosted stars as Shirley Bassey, Billy Fury, The Animals, Gene Pitney and PJ Proby.

The club, famous for its superior sprung dance floor, opened in May 1963 but failed to reopen its doors following a devastating fire in the summer of 1968.

My Property Box, established in 2012, previously operated out of Business Central and now a range of letting services, including a bespoke digital platform for landlords as well as a mobile app for tenants and currently employs 16 staff’. It plans to increase its headcount and geographical reach throughout Tees Valley and the wider North East.

Ben Quaintrell, Managing Director of My Property Box, said, “The move to an office right at the heart of Darlington’s town centre presents us with an ideal location that will set My Property Box up for further success.

“I am grateful to Cllr Scott for officially opening our new head office, which marks a significant milestone in our relatively short history. We are now looking forward to building on this positivity and to further expand the business throughout the North East.”

Cllr Heather Scott OBE, Leader of Darlington Borough Council, said, “I am delighted to welcome a new independent business to the Imperial Quarter. We regard this area as a very important asset to the regeneration of the Town centre and hope this will encourage more small businesses to locate here.”