Sign in or Sign up
The essential site for residential agents
Home » Features » Will deposits reform achieve its intended goals?
previous next
Regulation & Law 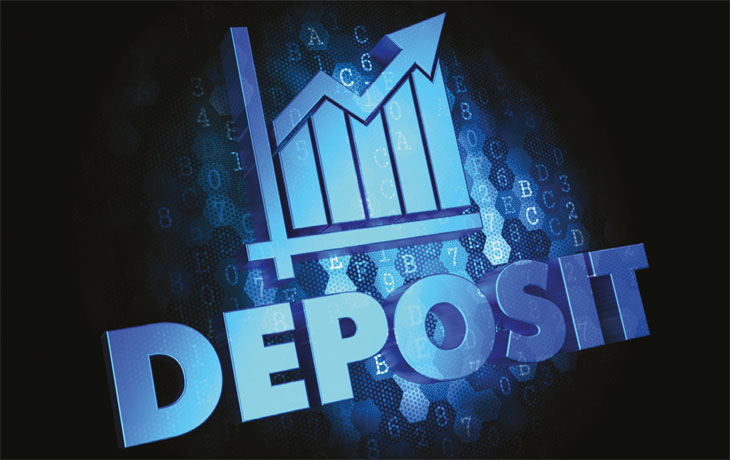 More changes are afoot in the private rented sector. The Chancellor announced proposals to ban tenant fees and limit deposits back in November 2016, and a draft bill has now been published – though implementation is unlikely before Spring 2019.

A fee ban could have wide ranging consequences. How do you replace those fees? It may well be an opportunity for new innovative business models. Sean Hooker, PRS.

Sean Hooker, Head of Redress at The Property Redress Scheme (PRS), says that while things are moving, the legislation is not cut and dried, “There’s nothing concrete yet in terms of the regulatory framework,” and the details still have to be settled. The draft Bill is now with the Communities and Local Government Committee for scrutiny and amendment.

Of course, the proposed legislation will only change things in England and Wales; Scotland already has had a ban on tenant fees. Wales is now leapfrogging England, the Welsh Assembly announced its plans later than Philip Hammond, but it’s moved much faster to get a ban in place.

ELEMENTS OF THE LEGISLATION

There are two main elements to the legislation, driven by a concern that private sector rentals are becoming unaffordable for many tenants. The first is a ban on fees to tenants; the second is a cap on the amount of deposit that can be asked for.

Arguably, the cap on deposits is not a game changer. Sean Hooker says there’s no plan to change the basic legislation governing the deposit schemes, so the way they work will be unaffected.

However, a limitation of the amount that can be charged could have an impact on the viability of the cash (rather than insurance-backed) deposit schemes, if it reduces the amount of cash being paid in. They have to offer a free service, and the interest on the cash held pays for the administration of the scheme. Low interest rates have already put pressure on the business model.

That’s where details become important. Julian Foster, Managing Director at DPS, says that the scheme’s records show the average deposit representing between five and six weeks’ rent. (That’s £925 on average across England and Wales.) A cap based on six weeks’ rent, therefore, would have no impact at all (in Scotland, where there is already a cap, it stands at two months’ rent).

Average deposits rose from £1149 in March 2013 to £1307 in September 2017 – it’s one reason why the Government is introducing the new legislation. Steve Harriott, TDS.

Steve Harriott at the Tenancy Deposit Scheme (TDS) quotes slightly different figures for TDS, with an average deposit value of £1,307 in the insurance backed scheme and £992 in the custodial scheme. The average deposit has steadily increased, from £1,149 in March 2013 to £1,307 in September 2017; and deposits can be significantly higher in London and the South East. (That’s one reason why the government is now introducing legislation; affordability has become a major concern.) But the picture in terms of the number of weeks’ rent is very similar, between four and six weeks; “in our experience, there are very few deposits at higher ratios.”

Recent years have brought the emergence of a number of nil-deposit schemes, in which the tenant takes out insurance to cover any dilapidations rather than paying a deposit, though as Steve Harriott points out, over 84 per cent of landlords still use deposits. Would a cap on deposit levels push more landlords and tenants towards insurance?

Fit for the Future is a combined letting solution with a nil-deposit scheme, free referencing and a monthly rental guarantee. Andy Halstead, Let Alliance.

Andy Halstead, CEO, Let Alliance, thinks it won’t be the deposit cap that opens the way to new products. “They’ve set the cap at a level that most agents are using anyway, so this in itself isn’t going to push people to nil deposit, but the cap on tenant fees will,” he says. Offering tenants an insurance product rather than the deposit can generate commissions for the agent, which will help fill the gap in agency income.

Sean Hooker believes the ban on charging fees to tenants could have wide-ranging consequences. “How do you replace those fees?” he asks. “It could be an opportunity for innovative and new business models.”

While it’s tempting to simply transfer the fees to the landlord, he believes that a lot of landlords could just stop using agents if all fees from tenants are simply switched. That would put even more pressure on lettings agents – while those landlords who remain will be less profitable for the agent. In the immediate aftermath of the ban in Scotland a number of agents quitting the market, and the same could happen here.

Lettings agents will have to look for new ways to boost their income. That’s why Andy Halstead says, “We spent a full year re-engineering our business to work in a world where you can’t charge fees to tenants,” creating ‘Fit for the Future’, a combined letting solution which includes a nil-deposit scheme, free referencing, and a monthly rental guarantee scheme, together with the opportunity to introduce insurance products to tenants and gain referral income. He says Let Alliance can generate £300 a property per year for the agent; “in many cases we more than make up for the loss of tenant fees.”

Tenant referencing is sold direct to the tenant. Let Alliance backs it up with a rent guarantee to landlords who rely on the reference. “We’ll guarantee the rent, till we obtain vacant possession through the courts, if necessary.” The rejection rate is 16 per cent, but the majority of tenants get through the process satisfactorily.

The idea of a ‘tenant passport’ has been widely touted, most recently by London mayor Sadiq Khan. A recent startup, Movem, has crowdfunded £370,000 to offer such a scheme to agents, while RentalStep appears to be getting traction in some areas.

However, Andy Halstead says, “tenant passports simply don’t work – unless every agent in the country signs up to it.”

Martin & Co trialled a form of tenant passport in Scotland, but found other agents unwilling to join the scheme.

It appears that the new services are working best in tightly defined markets. RentalStep had done well with student homes, working with five universities, and is talking to a number of local authorities. The private rented sector may prove less easy to crack for these new services.

Making deposits fully transferable with a tenant passport is particularly difficult. If the previous landlord is contesting the repayment of the deposit, a tenant will be no better off under a tenant passport scheme than with a traditional deposit scheme. Steve Harriott says there’s now some interest developing in creating bridging finance for tenants who are waiting for the return of their deposit while needing to put down a deposit on a new property – that could be another financial innovation that would make sense, if the administration work could be handled efficiently enough to make it profitable.

Many of the new breed of ‘passport’ sites work less like traditional referencing and more like, say, Tripadvisor or Airbnb; tenants’ payment record and treatment of the property is recorded, but so is landlords’ responsiveness to maintenance requests and engagement with the tenant. There is definitely a desire on the part of the authorities, as well as on the part of tenants, to be able to check up on rogue landlords; London has moved forward in this regard with its ‘Check a Landlord’ scheme, enabling tenants to find out whether a landlord has been prosecuted by a London council, served a prohibition notice by the Fire Brigade, or has been expelled from the PRS.

One area that the new bill doesn’t seem to address is the tightening up of the regulations concerning on deposits. Sean Hooker is concerned that deposit protection applies only to shorthold tenancies. “That’s most, but not all, tenancies,” he says; his worry is that landlords are trying to find loopholes. And he says the changing PRS needs new regulation; “for instance, corporate landlords don’t have to be members of a redress scheme, though an agent does. It’s not a level playing field.”

He also sees a number of licence agreements coming across his desk. “I don’t think all of them are strictly legal,” he says; “We might want a bit more clarity on what counts as renting a room so tenants don’t sign away their Assured Shorthold Tenancy rights.”

The proposed Bill definitely shows how rental issues have moved up the political agenda. Sean Hooker admits to having been frustrated by the way politicians overlooked renters in favour of owner-occupiers – things have definitely changed now.

But passing a law is easy, enforcing it is more difficult. Sean Hooker says that his powers against rogue agents are limited; “all we can do at the moment is kick an agent off the scheme and report them to Trading Standards; some councils are really good at picking up cases, others are atrocious.” Enforcement needs to be beefed up to achieve real change in the sector. Steve Harriott agrees that enforcement currently isn’t well enough handled, and suggests it’s time to bring in an industry regulator.

While the detail of the legislation is still being debated, in particular the fines for a breach of the rules, currently suggested at £30,000; the political will does now seem to exist for the Bill to become law. That gives the deposit schemes and lettings agents about a year to prepare for change and though that might seem a long time, those agents who’re currently making a profit only through charging tenants fees need to get their skates on.