Only 76% of landlords achieve their asking rent, according to the National Landlords Association. 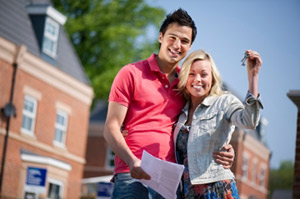 New figures from the National Landlords Association (NLA) show that tenants are securing a larger proportion of private rented homes in the UK at below, rather than above, advertised rents.

The difference means that tenants in the UK are benefitting from a net proportion of 8 per cent – or an estimated 320,000 – homes let at below advertised rents.

The NLA’s analysis found that more than a quarter of new tenancies in central London (27 per cent) are agreed at lower than advertised rents, with the North East and outer London close behind (both 22 per cent).

However, just nine per cent of properties in the East Midlands are let to tenants below the asking price. Yorkshire and the Humber and the South West are close behind on 11 per cent.

At the other end of the scale, more tenancies in outer London are agreed above the advertised rent (12 per cent) than in any other part of the UK. In contrast, just four per cent of properties in the East of England are let to tenants above asking price.

Carolyn Uphill (left), Chairman at the NLA, said, “It’s not always easy when looking for a home and renters can feel pressured or panicked into making an offer on a new rented property.

“But what these figures show is that the market determines the appropriate price, and that savvy tenants can be rewarded with lower rents if they are confident enough ask the question.

“Landlords don’t just hike up rents for no reason and while the majority achieves the rent they initially ask for, a large proportion will accept a reduction in order to find the right tenant.

“And this isn’t just the case in areas of low demand; good landlords will always opt for the right tenant even if it means taking a lower rent, as it’s more likely to result in a sustainable longer-term tenancy which is beneficial for everyone.” 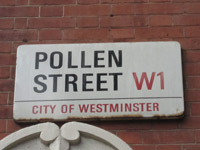 Just slightly larger than a bathroom or walk-in cupboard, a 301 sqft one bedroom flat (pictured) on Pollen Street in London’s Mayfair let within just 40 minutes of going on the market, in a lightening-fast deal that has set a new speed record in the London rental market.

Placed on the market first thing in the morning, the flat was available to let through Mayfair agent E J Harris for £1,560 per month. The tenant, who needed a home close to work, paid over £10,000 up front to secure the property, a cost that covered the deposit, a six month tenure and lettings fees, moving in that same afternoon. 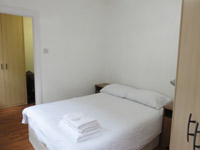 Best described as “compact and bijou”, the apartment went onto the E J Harris lettings website with details also e-mailed out to the firm’s applicant database. Within just 15 minutes of this the firm had over 200 email and telephone enquiries about the property, and within 30 minutes five serious offers. In just under 40 minutes the flat was let – with the winning tenant, an executive working in the hospitality industry in the West End handing over the deposit and six months rent upfront in order to close the deal.

Elizabeth Harris, Managing Director of E J Harris said, “The speed of this deal and the battle to secure the tenancy is the clearest indicator yet to me how buoyant and hot London’s letting market is at present. The tenant has a highly successful career working in the hospitality industry in the West End and needed a home nearby, she was very firm about wanting to rent not buy. If it was a swanky flat in Mayfair’s posh Western district I would expect it to fly out of the door, but this is an “ordinary Londoner” apartment on the eastern Soho border by Regent Street. Its the ordinary nature of this that makes it so extraordinary.” 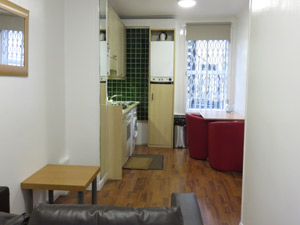 Elizabeth continues: “I think the reason that standard lets are flying out the door at present is because a “perfect storm” of factors has come together to create a super-hot rentals market at present. Firstly the rapid recovery and strength of the London economy has helped to fuel the capital’s lettings market. Alongside this, the rise in Stamp Duty and uncertainty over an additional Mansion Tax in the lead up to the election, has generated a 30% increase in vendors looking to let rather than sell, and an additional wave of households choosing to let rather than purchase. This is what is causing a lettings frenzy in the Capital at the moment.”