Unfortunately, being in the oldest profession in the world does not make a model tenant… says Katrine Sporle, The Property Ombudsman.

This case concerns a dispute referred to The Property Ombudsman (TPO) from the property’s landlords who claimed that the references that had been obtained by the agent should not have been accepted as they were, in their opinion, “seriously flawed.” 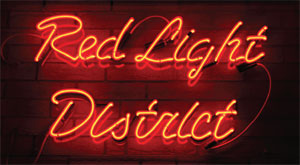 The landlords had explained to TPO that the tenant who had successfully applied to rent the property through the letting agent, had what they described as “serious flaws” in their lifestyle and working life, which had included a known history of her running brothels and also that she had a previous tenancy rescinded by another landlord as a result of their criminal activities at that property.

This information had not been identified at all by the lettings agency during the tenancy application process.

Other information supplied by the tenant was also claimed to be false by the landlords. The tenant’s declaration that she worked as a manager in a local Chinese restaurant was found to be untrue, secondly, the tenant’s bank details were incorrect and out of date and the wage slips which had been provided to support the tenant’s application were, in fact, not for that tenant at all.

The tenant had ‘serious flaws’, including a history of running brothels and having had a previous tenancy rescinded because of her criminal activities…

The landlords had stated to The Property Ombudsman, that although the tenant had always ensured that she paid the rent in full, during the tenancy period, more criminal activity took place, which had quickly become local knowledge.

As a result, following the tenancy, the landlords decided that they would sell the property and they had been forced to do so at a significantly reduced price. The landlords then said that they wanted the agent to compensate them for this loss that they had incurred, saying that had they carried out thorough referencing, it would have highlighted these serious issues.

Under section 10 of the TPO Code of Practice, when referencing the tenant, the agent’s obligation is to ensure that they are diligent in identifying fraudulent applications and in validating the tenant’s authenticity.

The agent must evidence that all the appropriate references were taken, either by using a professional referencing service provider, by direct application to third party referees, or through a combination of the two (paragraph 10b).

In the circumstance where an applicant’s referencing acceptance is conditional, the agent is then required to ensure that any conditions are met and/or to obtain confirmation in writing from the landlords that they wish to proceed with the tenancy application (paragraph 10f).

An agent must ensure that they provide their landlord with all the relevant facts relating to the tenancy application to enable them to make an informed decision as to whether to proceed with the tenancy to that tenant (paragraph 10g).

NOTES ON THE CASE

Taking paragraph 10 of the Codes into consideration, the Ombudsman noted the following:

The Ombudsman was satisfied that the agent had utilised a reputable referencing company to conduct checks on the tenant in accordance with the obligation under Paragraph 10b of the Code of Practice. However, shortcomings in the agent’s service were identified. From the evidence provided, the Ombudsman found the following:

Overall, the Ombudsman was not persuaded that the agent demonstrated that all appropriate referencing checks had been carried out and the landlords’ complaint was therefore supported by the Ombudsman.

Whilst there were clearly some serious shortcomings in the agent’s service, it was explained to the landlords that there is no guarantee that a tenant will act in accordance with the obligations set out in the Tenancy Agreement even if positive references are obtained.

There’s no guarantee that a tenant will act in accordance with the obligations in the Tenancy Agreement even with positive references.

Certainly, referencing was unlikely to have highlighted the issues that occurred in this tenancy.

Nevertheless, the Ombudsman believed that the agent’s shortcomings in this case had indeed caused undue and avoidable aggravation and inconvenience to the landlords.

An award of £400 in compensation was made to reflect this.