Sign in or Sign up
The essential site for residential agents
Home » Resources » Redress » “The agent who does nothing… is not entitled to a fee,”

“The agent who does nothing… is not entitled to a fee,”

I realise that, in most cases, agents work hard on behalf of their seller clients, being eager to find a buyer and progress a sale. I also realise that most issues in the cases that are referred to me are due to miscommunication and misunderstanding of the actions that the agent has carried by how little the agent has done.

When instructed, I expect an agent to clearly explain what services they will provide; a seller will want to know what advertising will be undertaken, the arrangements about viewings, and will expect to be regularly updated in this regard. It is a matter of best practice that an agent should maintain regular contact with their client during their period of instruction, advising and liaising as appropriate. 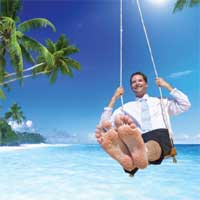 While I accept that in some cases little interest may be generated by marketing activity, I still expect an agent to engage with their client, reviewing the marketing strategy. It can be more stressful not knowing what is happening than knowing that nothing is happening. I find it quite unbelievable that an agent who is supposedly marketing a property on behalf of the seller does not maintain regular contact with that client.

I am aware that some agents charge a termination fee and, provided that such a fee is clearly set out within the agency agreement, I support the entitlement to that fee. Whilst it is not my role to comment on the level of that fee, I am unlikely to consider it fair or reasonable for an agent to seek to claim a termination fee where the seller feels that they have no option other than to dis-instruct the agent, due to their failure to provide the service any seller would expect. In these circumstances, I consider a termination fee to be punitive and, in such cases, I have directed an agent to withdraw their fee claim.

In a recent case, the complainant signed a sole selling rights agreement in May 2005. The complainant was adamant that he terminated the agreement with that agent in March 2006, going on to sell the property in 2007. Neither the complainant, nor, unsurprisingly, the agent was able to evidence the termination.

In January 2012, the agent wrote to the complainant stating that they had recently attempted to arrange a viewing, only to be informed that a sale had taken place. The agent advised the complainant that the commission fee was due and insisted that this be paid by return, failing which they would commence legal proceedings.

The complainant referred the matter to my Office, challenging the agent’s entitlement to charge him a fee as they did not sell the property and had not been in contact for six years. The agent said that their agreement provided sole selling rights for a period of six months which would continue thereafter “until revoked” in writing by notice sent by registered or recorded post. They said that at no time did the complainant ever seek to terminate the agreement and that as they had sole selling rights there was no necessity for them to introduce the buyer and were adamant that the commission fee was due.

The agent had not provided my Office with any records to demonstrate that they contacted the complainant at any time from May 2005 until January 2012. After a lapse of several years the agent suddenly and supposedly produced a viewer and only then established that the property had been sold five years earlier. Had the agent been actively seeking a buyer for the property they would have been in regular contact with the complainant to update him on their marketing and any interest received.

While I considered the contractual entitlement, I looked at whether it was fair and reasonable for the agent to pursue the complainant after such a considerable amount of time had elapsed since they were instructed in 2005.

Although the circumstances in this case were unusual, the message is clear; any agent should make clear to their client which services will be provided, ensure that such services are indeed provided and maintain regular communication over the period of instruction through continually reviewing the marketing strategy. 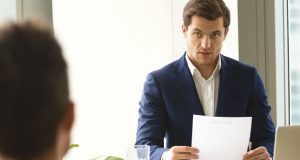