There’s been a great deal of fuss about the so-called ‘Housing Budget’, but, says Jamie Till, at Instinctif Partners, does it do what it says on the tin? 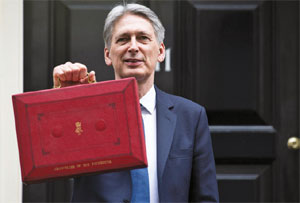 It was billed as a ‘Housing Budget’, but amidst the political posturing, the jury is still out on whether Philip Hammond actually delivered a budget that will solve the nation’s housing woes.

To begin with it can be difficult to unravel the various monetary commitments: which ones are new and which are just rehashed promises we have seen before? It is worth noting that only £15.3 billion of Chancellor Philip Hammond’s £44 billion housing package is actually new money – so there is some clout behind the rhetoric, but much of what we heard is not backed by new funding.

First time buyers will have been pleased to see Stamp Duty land tax abolished on purchases up to £300,000 in value, with some relief on homes up to £500,000 for those living in more expensive areas of the country. This was the Chancellor’s surprise closing flourish, but The Office for Budget Responsibility was quick to point out that the overall effect would be to increase house prices and therefore mitigate the benefits of this reform for first time buyers.

While first time buyers on the cusp of purchasing their first home will be cheering the announcement, it does nothing to help long term affordability. Many commentators have pointed out that these Stamp Duty changes will do little to stimulate supply while the OBR actually forecast that prices could even rise by 0.3% as a result. House prices are rising much faster than stagnating wages – and this is the rub, not copious portions of avocado on toast.

There was also no mention of the Help to Buy scheme which allows all buyers of new build homes to purchase with a 5per cent deposit supported by a 20 per cent Government equity loan, but there are no guarantees for the scheme’s continuation beyond 2021. Many had hoped for an extended commitment from Hammond, but his conspicuous lack of clarity will be disappointing both for housebuilders, who sell homes via the scheme, as well as buyers, who rely on the scheme to purchase homes.

The lack of clarity on Help to Buy was disappointing for builders and buyers.

Beyond this, there is a clear divide between the approach towards small and large housebuilders. SME housebuilders were promised further support through a £1.5 billion funding package of loans and housing guarantees. A £630 million ‘small sites fund’ was also apportioned to boost small-scale development and accelerate the completion of faster-to-build homes. In effect, Hammond’s Budget asks small and medium-sized builders to do the heavy lifting in meeting his ambitious housebuilding targets and plug the gap.

But while the Chancellor sought to score points with SME builders, he took a more aggressive approach towards the large-scale developers, launching a review of ‘land-banking’, the accusation that large housebuilders sit on plots of land with planning permission in order to benefit from land appreciation, thus deliberately failing to build vital homes.

Mr Hammond’s review into landbanking, including the possible use of compulsory purchase orders, applies some pressure to large builders but it’s unlikely to reveal housebuilders as the problem – in fact, many volume housebuilders will welcome the review, hoping that the accusations will be refuted by fact and that the Government will finally unlock the planning system.

The focus on boosting construction skills (backed up with £204 million of funding) is welcome, particularly in light of Brexit-related EU worker concerns. Yet, with recent news that apprenticeship starts have fallen 59 per cent since the Government’s levy scheme began earlier this year, more must be done to attract and retain talent. What the sector needs is certainty on the status of the labour pipeline from the continent, on which it relies heavily, alongside an uptick in youngsters entering construction.

What the country lacks is a long term, cross-party housing strategy. Until we have this, meeting the Government’s target of 300,000 new homes per year is merely aspirational. The speed of housebuilding would have to accelerate rapidly from current levels (217,350 new homes were created in 2016/17 year) to meet the annual targets (which for scale, are roughly equivalent to a city the size of Leeds.)

Even if the Chancellor’s housebuilding targets are to be met, such a figure must be sustained over decades, not just years. Hammond’s promise to do ‘whatever it takes’ to fix the nation’s housing problems may send the right message, but there is little to suggest the promises of this Budget will finish the job. Housing policy now needs to transcend politics.