Rebecca Marsh, The Property Ombudsman, considers a case of alleged misrepresentation of a property with a troublesome next-door neighbour. 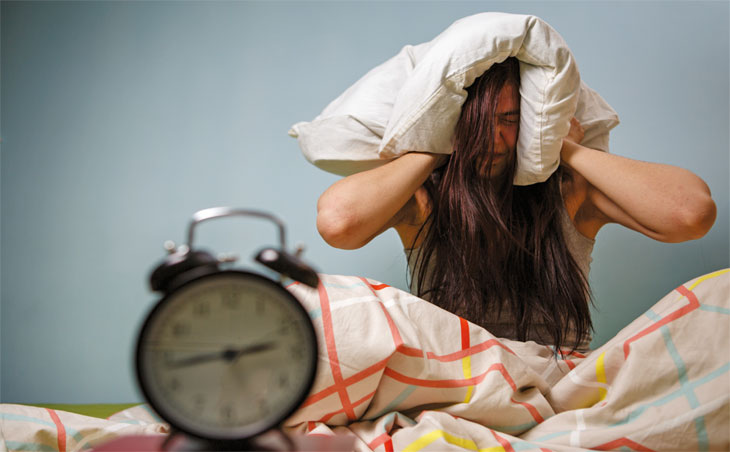 The tenant said that the agent failed to inform her that the previous tenants of the property (flat B) and other neighbours (flat A) had experienced anti-social behaviour from the resident of flat C. She discovered shortly after the tenancy had commenced of the neighbouring occupant’s “mental instability, drug use and insomnia” due to his excessive noise most nights and regular deliveries of what she believed were drugs.

When the tenant asked the occupant to be quiet, she said she became the victim of serious verbal abuse and threats of attack and was forced to vacate the property with immediate effect. She paid the landlord £4,544 in compensation, the equivalent of three months’ rent and a contribution to council tax, to secure early release from the tenancy. The tenant wanted to recover her costs and a compensatory award for the distress caused by the agent’s failure to disclose that previous tenants had experienced anti-social behaviour from the outset.

The tenant became the victim of serious verbal abuse and threats of attack.

The agent confirmed that they were aware of a historic issue with the occupant but that they were unaware that it had been ongoing issue due to the fact that no reason was given for the previous tenants’ decision not to renew their tenancy. They believed that there was therefore no need to disclose historic complaints to the tenants.

The 2019 edition of the TPO Code of Practice was considered. For this case, the particular focus was on paragraph 7a and 7b, which state that by law the agent had an obligation to comply with the Consumer Protection from Unfair Trading Regulations (CPRs). The CPRS require letting agents to disclose any material information of which they are aware in relation to a property in a clear, intelligible and timely fashion.

In this case, the agent also had a duty not to mislead the consumer by failing to give them information they needed in order to make an informed decision.

The Property Ombudsman (TPO) considers evidence of anti-social behaviour to be material information which would affect the average consumer’s decision to rent a property and therefore should have been disclosed to all interested tenants, even if the question was not specifically asked.

The tenant provided evidence to TPO substantiating that the agent was aware that previous and current residents of the building had reported issues with the occupant on at least two occasions, including a communal door which had been vandalised by people looking for him. The agent claimed that one complaint was noise related only but failed to provide evidence of what was discussed and reported (in accordance with the requirements of Paragraph 1h of the Code). The tenants provided a statement from witnesses indicating that the issues reported at the time were significantly more serious.

It was clear that several different individuals were threatened with violence and the police had been called to the building on multiple occasions.

The agent did not find a record of the previous tenants in flat A contacting them to report an issue, despite the fact it was also managed by them and said that the previous tenants of flat B did not mention any anti-social behaviour when they chose to end their tenancy.

From evidence that was presented, the Ombudsman was satisfied that the agent was aware that multiple individuals had experienced issues, including violent behaviour, and believed it was highly unlikely that as a managing agent of two properties (flat A and B) they were unaware of previous damage to the building.

As the anti-social behaviour was an ongoing problem, the agent should have disclosed this information to all prospective tenants as they were likely to experience the same issues when living at the property. The Ombudsman was critical of the agent’s failure to do so.

This complaint was therefore supported.

The Ombudsman accepted that the tenant would not have agreed to rent the property and incurred the costs she did, or the distress, had the agent informed her of the problems at the outset. Accordingly, an award of £5,000 compensation was made. This comprised the costs incurred in terminating the tenancy early (£4,544) and an amount for the aggravation and inconvenience the agent’s failure caused.