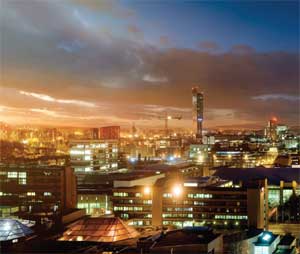 2015 – a year of growth in the UK housing market, with price rises across most of the country. But a major trend is that momentum is shifting from the south towards northern cities; led by Manchester.

Manchester has recovered from the recession faster than other cities in the north, thanks to an improving economic outlook. Yet, in contrast to London’s turbocharged property market, capital growth in Manchester has been more subdued since prices bottomed out in 2009, with a modest rise in property values in the city averaging £15,000 during that time. Manchester has a lot going for it – a new BBC Media City, a major extension to the MetroLink tram, expansion of the airport, a new trendy Northern Quarter, and it’s position at the centre of the Northern Powerhouse.

There are regional variations within Greater Manchester, with Trafford and Stockport having the highest house prices in the region. Trafford, in particular, is undergoing a surge in home prices, outstripping other parts of the region, supported by a strong micro economy.

Locations such as Trafford, which have embraced the main industries driving economic growth have had the greatest house price growth. Lucian Cook, Savills

“Locations, such as Trafford, which have embraced the main industries that have driven economic growth, have seen by far the greatest house price growth (locally),” said Lucian Cook, Director of Residential Research at Savills.

But as the Government steps up its plans for a Northern Powerhouse to rival London and the South East as the main driver of UK economic growth, property price growth across other parts of Manchester and surrounding areas is predicted to pick up pace, as investment flows into the city.

“As the largest area of economic intensity in the UK outside London and the South East, Greater Manchester is seeing strong business growth and an economy expanding at twice the national average, and that success is feeding into house prices in the most desirable boroughs in the area,” said Christian Spence at Greater Manchester Chamber of Commerce. “These price increases are good news, signalling the increasing desirability of our city-region and a constriction in supply. We must move quickly to support greater investment in new homes for our growing population.”

Prime Minister, David Cameron has been selling the Northern Powerhouse concept to the United States in a bid to attract investment, while initial Chinese backing for the project already appears secured.

Speaking after the Chinese President Xi Jinping spent the last days of his recent state visit to the UK in Manchester, Mr Cameron told the press, “You can really see the Northern Powerhouse gathering strength and it’s now got Chinese backing too.”

Manchester & Cheshire Construction is one of a growing number of UK developers forming alliances with Chinese developers, having teamed up with Jinstar to launch the Anglo-Chinese Alliance (ACA) with a view to building 55,000 homes by 2027.

Jinstar’s Director of International Cooperation, Steve Yang, who was part of the Chinese trade mission that took  place to coincide with Jinping’s visit to the UK, believes that “it is a golden time for China-UK relations”.

He commented, “We are keen to grasp this precious opportunity to enter the UK market, especially since both Prime Minister David Cameron and Chancellor George Osborne promoted the Northern Powerhouse to us.”

Crucially for investors, there is a lively young professional scene in Manchester, with more 25-29 year olds living in Manchester than anywhere else in the UK. With prices starting under £100,000, the cost of buying a home remains relatively affordable, yet salaries are only about 30 per cent lower than in London, with the number of job vacancies on the rise.

“We’re receiving unprecedented enquiries regarding investment and new job creation not only from within the UK but internationally as well,” said Chris Poole at Robert Walters Manchester, a recruitment consultancy. Manchester is seen as an excellent gateway to UK investment.”

Significant growth in the local jobs market, a young population, and good prospects of higher home prices and rents are among the factors behind increasing levels of institutional investment in the private rented sector. The Valuation Office Agency says that average residential rental prices have soared by 22.4 per cent over the past 12 months, and the signs are that they will rise even further in the near term.

Andy Phillips, Commercial Director at Knight Knox, said, “When it comes to the buy-to-let market, the scene couldn’t be more different than it was 10 years ago. Now, regional cities are performing better than the capital, with Manchester named the UK’s top buy-to-let hotspot for 2015.”

Manchester is attracting “unprecedented levels of investment” from London and the South East, according to Graham Davidson, Managing Director of Sequre Property Investment, “From an investment point of view, Manchester currently offers strong average gross yields of 7.5 per cent, (4.5 per cent in London) while a typical two-bed property costs £90,000 versus £400,000 in the capital. It is hard to argue with that.”

The city also houses 100,000 students, one of the highest number in Europe, with many students staying after they graduate.

Lora Roberts at Ascend Properties said, “People are becoming acutely aware of what the region has to offer. Manchester has a rich arts and culture scene, a world-class retail offering plus great nightlife – it’s not surprising that graduates and young professionals are flocking here. There’s a palpable buzz in the air.”

With so much happening, it is unsurprising that Manchester was named in a survey by HouseSimple as the number one place in the UK to invest in property. “Manchester is a modern, thriving city and the Northern Powerhouse initiative is focusing attention on it. It is already a great city in terms of transport links and the railway revolution that is currently taking place is going to be a game-changer in improving access,” said Jonathan Stephens of Surrenden Invest.

If Manchester is serious about being the centre of the Northern Powerhouse it needs to be building homes that are worthy of that position. Jonathan Stephens, Surrenden Invest

Another report stated that Manchester’s population will increase from the current seven million residents to 15 million in 2025, placing greater pressure on the city’s resources, including housing. Manchester will need to develop considerably more homes to help cater for so many new residents. Stephens continued, “The population projection, though an incredible figure, is definitely realistic once you look at everything that is already underway or that is planned over the next 10 years.” 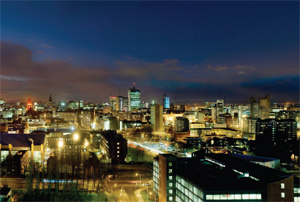 With Manchester on the brink of a building boom, many housebuilders are focused on developing homes suitable for young professionals seeking to buy and rent.

“Young professionals want well-located, high spec homes with plenty of amenities like secure parking and onsite gyms. If Manchester is serious about being the centre of the Northern Powerhouse then its property sector needs to be building homes that are worthy of that position,” Stephens added.

One bedroom properties are in high demand in Manchester city centre at the moment, “both as starter homes and for professionals who work in the city and want a convenient, central base,” according to Ed Rooney, Director in the Savills Development team in Manchester.

Data from Deloitte Real Estate suggests that 10,000 PRS flats are due to be built in central Manchester in the near term, driven by investment by pension funds, insurance firms and private businesses.

“There’s such a trend towards renting in urban areas that we’re even seeing people reserving the plots they want to rent offplan,” said Paul Staley of DifRent, which is currently managing a number of build to rent projects in and around Manchester.

But while many letting agents will welcome news that the PRS in Manchester offers room for growth, Matt Crompton, Director at Muse Developments, warns that it is still early days for the market and that “we don’t yet know how it will take off,” suggesting that plans for some residential schemes may be over-ambitious and may never leave the drawing board.

“This is a new market, but still immature and uncertain,” he said. “It will come down to who has the best sites, the best locations.”

There are dozens of new housing schemes in Manchester – large and small – already under construction and thousands more in the housing pipeline. The Mayfield Partnership is seeking a development partner to help bring forward the 24-acre Mayfield Quarter comprising 1,300 new homes, plus mixed commercial space, while Select Property Group’s Affinity Living plan to construct 700 flats on the former BBC Oxford Road site, a further 703 units at the Embankment site, and 472 flats on an as-yet unnamed city plot.

Elsewhere, two planning applications have been submitted to Manchester City Council for 170 homes in Hulme by One Manchester, Beech Properties has just secured planning consent for 27 one bedroom flats on Cross Street in Manchester city centre, while Fortis Developments and Beaumont Morgan have received the go-ahead to build 259 homes in the Ordsall area of Salford, cementing its position as one of the region’s most emerging residential areas.

Invest now for the future

With an exciting, prosperous future ahead, property investors with an eye for buying now for the future are expected to take a huge interest in Manchester and many shrewd agents will undoubtedly be currently positioning themselves with a view to attracting a significant share of greater investment in both the sales and rental markets in the region. 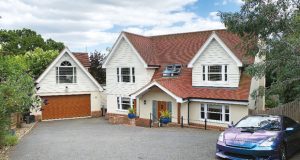 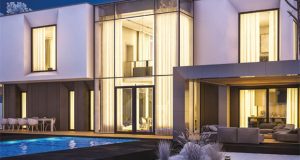 Chill wind blowing through the market