Landlords beware, says Marc von Grundherr, Lettings Director at Benham & Reeves Residential Lettings, when a student tenancy goes ‘periodic’ the students don’t have to pay Council Tax – but the landlord will have to.

An Assured Shorthold Tenancy (AST) is the main agreement between a landlord and a tenant, drawn up for a fixed term – usually 12 months. When this runs out, a new agreement is put in place for another fixed term. However, if neither landlord nor tenant signs a new agreement (and agrees to renew the tenancy for a set fixed period) then a Periodic Tenancy is automatically established on a rolling basis on the same terms and conditions. If the tenant wishes to leave, they must give written notice of one month. The landlord, on the other hand, must give the tenant at least two months’ notice. So, the landlord is already disadvantaged with a periodic tenancy as the tenant has a clear advantage.

Many landlords allow ASTs to become Periodic as they believe it gives both parties flexibility to end tenancies. However there are of course pros and cons – the main downside for landlords is that when the tenant does leave, it could be at short notice, at a bad time of year like Christmas resulting in an expensive void.

STUDENTS WITH A PERIODIC TENANCY

Most landlords love renting to students as they generally have parental guarantors and while they generally make good tenants, many landlords elect to allow tenancies to students to become periodic for the flexibility it affords. However, there is now a very serious consideration – which could prove very expensive indeed.

“While students are exempt from paying Council Tax and can apply for a waiver while they study, for tenancies that last for less than six months, (Periodic Tenancies can be counted as only one month as with each month, legally, a new tenancy starts) the landlord is liable to pay Council Tax – and landlords, unlike students, are not exempt.

We asked most of our landlords and not one knew this. Often, it’s not enforced, however it could easily incur them costs of at least £1000 per year for a typical London property plus penalties and interest. This situation is not new but a few Councils are starting to enforce this rule to increase their income – a total surprise to landlords caught who were unaware of the rule.

This makes Periodic Tenancies much less attractive to landlords renting to students and we are advising caution as other Councils may follow. An average Band G property in some boroughs for 2017/18: Westminster is £1146 per annum, Hammersmith & Fulham is £1679 per annum, Tower Hamlets is £2078 and in Camden it would be £2834!

The key is to stay informed; most landlords will find that, in the long run, it will be more cost-effective to get a new AST signed with the tenant, especially if they are a student or on benefits. It gives everyone clarity and means a landlord cannot fall foul of this ludicrous loophole.

Periodic tenancy: one tenancy or many?

A periodic tenancy is a single tenancy and not a series of tenancies.

This was the decision of the County Court in the case of Walcott v Jones, concerning a property in Surrey occupied by the Joneses. They had originally occupied it on an oral monthly tenancy given in August 2007. They stayed in occupation and in June 2016 the landlord, Ms Walcott, served notice to quit and subsequently brought possession proceedings based on that notice.

The Joneses defended the action claiming that the notice for possession was invalid, based on requirements now in the Housing Act 1988 that before a valid notice to quit can be served, the landlord must have furnished the tenants with a gas safety certificate, an EPC and the DCLG ‘How to Rent’ booklet.

However, this legislation only applies to tenancies granted on or after 1 October 2015.

The issue was whether a periodic tenancy is one continuous tenancy or whether a new tenancy is repeatedly being granted. The Joneses argued that the periodic nature of their tenancy meant that a new tenancy was granted repeatedly. On that basis, the rules introduced in 2015 would apply, meaning that the new statutory requirements had not been met and so the notice to quit was invalid. The judge agreed and dismissed the possession claim.

Ms Walcott appealed to the Central London County Court. The judge concluded that it is inherent in the agreement by which a periodic tenancy is granted that it will continue beyond the original period granted, unless notice to quit is given by one or other party. That continuation might be regarded as either a deemed re-letting or an extension of the original tenancy, but he did not think that either interpretation meant that a new tenancy had actually been granted or that Parliament had intended that it should.

In practice, this meant that the periodic tenancy should be construed as one tenancy and so the rules that apply to tenancies granted on or after 1st October 2015 did not apply. The first instance judge was found to have erred in law and the appeal was allowed. 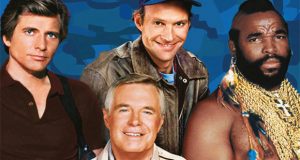 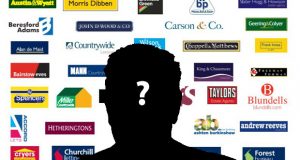 Guest blog: Who should take on the job to lead Countrywide? 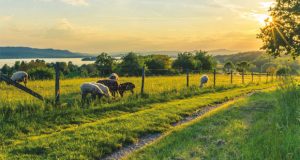 Head for the hills