Sign in or Sign up
The essential site for residential agents
Home » Guest Blogs » The post-election residential property market – is it safe as houses or should you run for sunnier climes?

The post-election residential property market – is it safe as houses or should you run for sunnier climes?

As a nation we are going through changing times, with the various political parties spewing out their pre-electoral rhetoric, like the drunkard that everyone tries to avoid.  In their desperate thirst for power, the three main parties have resorted to the last refuge of the scoundrel; that is, profligate spending that appeals to a short-sighted, public-sector mentality, venal, low-IQ voter base that refuses to think beyond the next government hand-out.

Worzel Gummidge, the leader of the Labour Party and his Caledonian gimp McDonnell are threatening to inflict their Communist intentions upon us, which will transmogrify this country into that haven of economic rectitude, Venezuela. What they don’t break they steal, emulating their hero and mentor, the late banana-flavoured dictator Hugo Chavez.

According to some banking analysts, money is already fleeing the UK, never to be seen again. The middle and upper-middle classes are prepping for a financial holocaust scenario, should these caustic goons ever find their way to Number Ten and Eleven, where the financial tsunami will, predictably, drown us in poverty. Legendary economist and political philosopher F. A. Hayek (1899-1992) noted sagely that ‘To be controlled in one’s economic pursuits is to be controlled in everything’ and this of course, is at the root of all socialist doctrine.

The flight of capital and wealth creators from this country will happen within the blink of an eye. In London alone, the result will be at least 30 sellers of residential property to the one buyer, who will inevitably be an opportunist thief. Meanwhile, anything above £1million will have the value of a derelict Nissen hut on the edge of the cliff tops of Torquay.

They can’t wait to impose draconian tax rates on capital, wealth, inheritance and income. Before we know it, ‘Brenda from reception’ will be running the utility companies that will have been nabbed by the State for a fraction of their value. Capital markets will be in freefall and it will be a blessing for all of us if the Pound is only at parity with the Dollar and Euro. This will send inflation through the roof and the cost of borrowing will follow suit.

By the time they’re finished, private schools will be a thing of the past and this great institution, which has nurtured some of the finest academics in this country, will be a relic in the Victoria & Albert Museum.

A BANQUET OF DEPRAVITY

Corbyn’s unappetising banquet of depravity will feature rent controls, mansion tax, garden grabs and compulsory purchase of empty properties. Oft-touted as the party of the underdog, Labour has always had a penchant for the ‘marginalised and vulnerable’ therefore, tenants will be given a Right-to-Steal while homeowners will be staring at a pit of negative equity, as values sink below borrowings. The 70s’ property depression will seem like a period of economic boom by comparison.

All this Marxist dogma, in aggregate, will drag down the UK. Our nuclear deterrent will be so undermined, leaving us vulnerable to predators and our relationship with our largest trading partner, the USA, will be in tatters as the long-suffering President Trump will have had enough of Comrade Corbyn’s insults and the special relationship between the nations will be well and truly over.  As die-hard republicans, the Labour Party will marginalise the Monarchy and our new best friends, internationally speaking, will be Iran, Venezuela, Cuba, Russia and North Korea … a veritable pot pourri of evil.

THE FEAST OR FAMINE SCENARIO

This is what I call the ‘famine scenario’. As eternal optimists though, let’s look at the antithesis of this, the ‘feast scenario’.

Boris gets in with a workable majority. He then implements his Brexit deal within weeks of the Election victory and after the first Budget, the new Chancellor, Sajid Javid, ushers in Stamp Duty reforms, amongst others, designed to get the Residential Property Market moving again. They can see that a thriving, liquid, residential property market is an essential stimulant of the UK Economy. They are not idiots, they will have evidence that foolish ‘reforms’ brought in by hapless choirboy, Chancellor Osborne, has cost the economy a huge amount as well as the Treasury, at least £1billion per year.

Property values will start to recover their composure, particularly as mortgage rates will be low for some time to come. Growth, that rara avis that has not been seen for many years, will make a re-appearance, shrinking debt in relation to equity. This will be the case across the financial spectrum and the euphoria will trickle up and percolate down across all sectors. The multiplier effect will be felt across the nation and there will be a perception – which is everything – that we are all ‘better off’ as a result.

The Pound is likely to be 1.35 to the Dollar and 1.20 to the Euro, possibly moving northwards, which will please UK holidaymakers going abroad and at the same time, take the edge off inflation on our imports. While international investors may grinch slightly at the higher cost of Sterling, the positive effect of a resurgent Tory Party, spreading their cheer across the country, will act as a big allure.

Although we don’t want property values to rise beyond 5% per annum, even if they did, at first exceed this, invariably they will settle down in the medium to longer term.

There will be a wall of money from our international friends looking to invest in the fresh, new post-Brexit Britain. If we become the ‘Singapore on Thames’ by creating a low tax environment, dropping Corporation Tax (amongst others) and, at the same time, relaxing some of the more asphyxiating parts of the regulatory environment, we could be one of the fastest-growing economies in the G7. This is in sharp contrast to the rest of Europe, which will be mired ever deeper in recession, low growth and high unemployment. Shame!

The UK is referred to as the fifth largest economy in the world. However, this doesn’t include our vital asset of soft power.  This is a reason why Britain was the largest empire in the world before WWII.  This country has exported our culture, judiciary, customs, language and literature to more places across the globe than any other nation.  We are in the top three of the most important and desirable diplomatic posts in the world, and with good reason. Remainers should stop bleating that we need to stay aboard the sinking pre-federalist Euro-Titanic. Post-Brexit UK will be one of the most relevant nations in the world and not an enfeebled outpost of the EU.

The UK, unlike any other nation in Europe, has huge economic, cultural and political influence, which belies our financial size. Quite apart from anything else, we happen to have the greatest and most important city on earth, London, as our capital.

Whether it is famine or feast will depend on the sensibility of the Great British Electorate. We now have to hope and pray that they are not beguiled by the empty promises of self-interest – unlimited spending on pet ’causes’ which we can ill afford. The best scenario is one where sanity returns to the political arena, with the ‘Peoples Prime Minister,’ Boris, at the helm of a successful Conservative government. 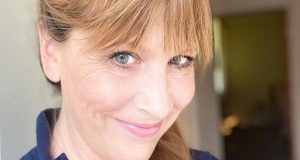 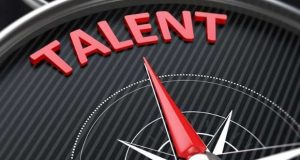 Where is everybody? The crisis in estate agency recruitment