The Right to Buy Debate 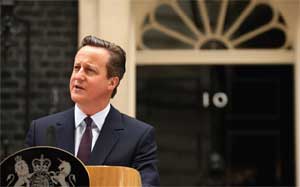 Despite the fact that 17 per cent of households in England are “social housing” households (i.e. households where the property is owned by either a local authority or a housing association), by and large, social housing tends to stay out of the headlines.

This changed in 2013, when the so called ‘bedroom tax’ moved social housing into the news. Tenants affected by the benefit changes have become financially worse off and arrears have risen. The Government’s reputation amongst social housing tenants was seriously damaged.

Since the launch of Right to Buy in the 1980s, 2.5 million council tenants have realised their aspiration of home ownership.”

The Conservative Party’s manifesto pledge to extend the right to buy to Housing Association (HA) tenants seemed to be an attempt to make reparations. Concerns were expressed within the housing sector about this pledge, but, given the pre-election polls, few thought the pledge would be put into practice. The polls were wrong, the Conservatives are now in government with a majority and a forthcoming Housing Bill will attempt to bring this manifesto pledge into law. Social housing has again become front page news.

What is the “right to buy?”

The legislation is complex. In summary, the “right to buy” is the right given to local authority tenants to buy their home at a discount. Various criteria that have to be met, notably that the applicant has been a tenant for a requisite period of time (reduced from five years to three years from 26 May 2015). If a tenant qualifies, they are entitled to percentage reduction on the market value of their property, ordinarily to a maximum of 70 per cent or to the prescribed maximum figure (£103,900 in London, £77,900 elsewhere in England). There are some exceptions where lower discounts can be given. Any purchase will be subject to various restrictions, including terms that require discounts to be repaid if there is a sale within 5 years and a requirement that the property is to be offered back to the Council to purchase is a sale is planned within the first 10 years of purchase. There are further restrictions in place for certain categories of housing, notably those authorities who have stocked in designated rural areas.

Since the right to buy was introduced in 1980, the landscape has significantly changed. The DCLG state that between the introduction of the legislation in 1980 and 31 March 2013, 1.87 million homes have been purchased by right to buy tenants. 1.3 million local authority homes were transferred to HAs via Large Scale Voluntarily Transfers. The majority of social housing is now provided by HAs – the DCLG figures for 2014 state there are 1.6 million local authority-owned homes, compared with over 2.3 million HA properties.

This has created unfairness within the sector. Although the “preserved right to buy” assisted former local authority tenants who found their home being transferred to a HA, HA tenants did not have the same rights. The late 1990s saw the introduction of a “right to acquire” for HA tenants, but the criteria and discounts offered made the right to acquire far less attractive than its local authority equivalent. The disparity therefore continued.

So what is now being proposed? In the absence of a Bill, the detail is lacking, but the headline policy is that the Government proposes to extend the right to buy to HA tenants, seemingly as a means of ending unfairness and increasing home ownership. The Government estimated this will provide 1.3 million households with an opportunity to purchase their home. The National Housing Federation give a lower figure; they say that there will be around 850,000 newly qualifying households and estimate that approximately a quarter of these households would be able to afford to take advantage.

WHY THE GREAT DEBATE?

If you dig a bit deeper the reasons for the debate become apparent. This plan will impact upon England’s social housing stock. The figures illustrate the concerns. The DCLG state that HAs completed the construction of 21,770 properties in 2013/14. Local authorities completed 900 in that same period.

The bigger picture needs to be considered alongside the the allied plan, designed to pay for the Government’s proposals.”

In the same 2013/14 period, 81,000 households were classed as homeless, 52,000 of which were deemed to be in priority need. These figures do not take into account the thousands of households who are in housing, but are living in unsuitable or overcrowded accommodation. It is easy to see why any proposal to reduce HA stock is of concern. Even if just a small proportion of the 212,500 households the NHF estimate could afford to exercise the right to buy do go on to purchase, that would account for a significant removal of much-needed social housing from the sector.

This needs to be considered alongside the allied Government plan, designed to pay for the proposals. The Government is proposing on compensating HAs for the loss of their stock by forcing local authorities to sell off their most expensive council housing – further depleting stock and risking vast areas (particularly in the more affluent London suburbs) where local authorities would have very little housing stock remaining. Those involved in the housing sector are already concerned about social housing “ghettos” being created; this plan will do little to allay such fears.

There are number other practical issues that this proposal has raised. Just how  quickly will HAs be compensated and how quickly in turn can they start to replenish their stock with new  properties? What will the financial impact on the not-for-profit sector be? How will the loss of assets of individual associations impact on their ability to raise finance in the future? How will new stock physically be rebuilt and how will the planning process need to change to meet the need to replenish many thousands of properties every year?

With a slim majority, there is of course the possibility that the Government’s proposals will not make it to the statute book. What is clear is that there will be continuing debate about this matter in the months to come.

Joanne Young is an Associate in the Property Litigation Team at Ashfords LLP. 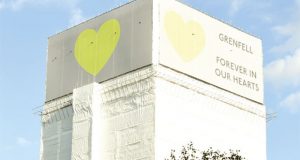 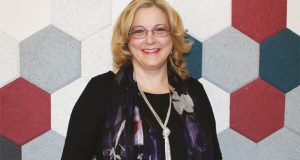