Katrine Sporle of The Property Ombudsman reviews two cases of agents who, their clients alleged, let them down, during selling and buying.

COMPLAINT 1 – The property being sold

There were two issues raised in relation to the sale of the complainants’ property; the erection of signage and the progression of sale. 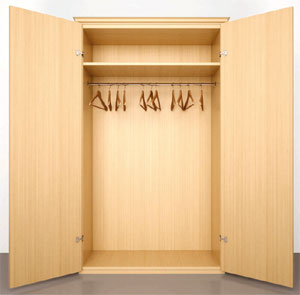 The complainants, who did not wish their young children to know they were selling their home until the details had been confirmed, say that their instructions regarding not displaying signage at the property were ignored by the agent. Although the agent did not place a ‘For Sale’ board at the property, they subsequently placed a ‘Sold STC’ board outside after an offer was accepted.

The agent said an apology was given at the time and goodwill offer of £500 was made in recognition of this amongst other issues.

Under Paragraph 7c of the Code, agents can only erect an estate agency board when they have the specific permission of the seller to do so.

The complainants said that they accepted the lower of two offers received on condition that the buyers exchanged contracts in eight weeks. They say that they stressed this date several times to the sales progressor but felt that neither the agent nor the buyer acted with any sense of urgency. They explained that the agent told them that the buyers already had a mortgage in place, but this was not true and was the main reason that the sale took a long time to progress. The complainants say that in retrospect the other prospective buyer, who had offered £2,000 more, was in a better place to progress quickly.

The Ombudsman was satisfied that the agent’s actions caused the complainants aggravation and distress.

Under Paragraph 12a of the Code, after acceptance of the offer by the seller, and until exchange of contracts, an agent has no direct influence on such matters as the conveyancing process or the mortgage lending process.

Having considered the correspondence provided by all parties, the Ombudsman saw no evidence that the complainants stated they would accept the offer on the condition that the buyers’ attempted to exchange within eight weeks. The agent had correctly advised on the status of the buyers’ funding.

The Ombudsman was confident that the quality and frequency of the agent’s communication with all parties was satisfactory and noted that it was not the agent’s role to progress the sale once an offer has been accepted. At this stage, it is the solicitors of both parties who are responsible for ensuring that the sale progresses in a timely manner. The Ombudsman did not support this aspect of the complaint.

COMPLAINT 2 – The property being purchased

The complainants said the agent mis-advertised the property, the particulars referring to the wardrobes as fitted when they were in fact standalone units, which the sellers were not intending to leave. They also complained that the agent offered them no assistance in arbitrating the issue with the sellers, saying they had to pay an additional £1,750 in order to keep the wardrobes.

The agent confirmed that the they did refer to the wardrobes as fitted within the marketing materials but that the sellers had sight of the materials several times and never raised any issues.

The Consumer Protection from Unfair Trading Regulations 2008 require agents to disclose any material information of which they are aware or should be aware of which may impact on the average consumer’s transactional decision. Furthermore, under Paragraph 7j of the Code, prior to commencement of marketing, the written details of a property must be agreed with the seller to confirm that the details are accurate.

The Ombudsman was critical of the agent for not having written evidence of the sellers’ approving the written particulars and advised them to ensure, going forward, that they could evidence this. However, in this case, the Ombudsman accepted that the client was likely to have seen the draft particulars and therefore the agent could not be held solely responsible. The complaint was supported, in that the agent could not provide evidence that they had taken all steps to ensure the accuracy of the particulars, while noting that fixtures and fittings had been clarified as part of the conveyancing process, and negotiations occurred at that stage.

The Ombudsman supported an element of Complaint 1 and 2 with an award for £500 in compensation which reflected the avoidable aggravation, distress and inconvenience caused to the complainant as a result of the supported events giving rise to this complaint.