There has been a lot of consolidation in the market of late. Nigel Lewis looks at what’s behind the exceptional spike in business sales. 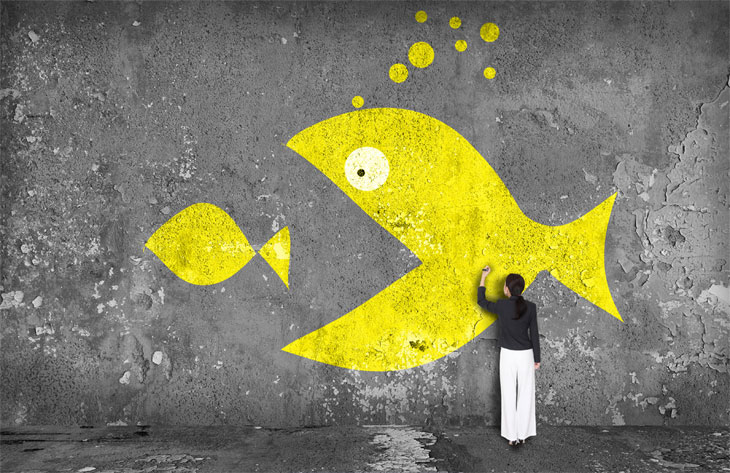 Surges in mergers and acquisitions activity within the cyclical property industry are not unusual. But in recent months this has reached fever pitch. On the surface this appears to be down to Covid. The pressures of running a business during the pandemic has put small, medium and large agencies and their owners under extraordinary pressures. But can that really explain what is going on?

Renowned industry expert Adam Walker says he has seen a huge spike of activity during Covid, but reminds readers that much of it is under the radar. “For every public announcement you see about an agency being bought or sold there are many more taking place, where investors or partnerships see no value in the deal going public – and that’s why not many of the transactions I facilitate make headlines,” says Walker, who deals with mergers and acquisitions across the spectrum from £200,000 to £20 million.

Walker also says Covid has made many business owners think long and hard about whether they want to continue working seventy or eighty hours a week running a lettings business.

“The other factor is that the ever-growing burden of compliance and new legislation has made it more and more expensive to run a lettings business,” he says. “The profit margins are being squeezed regardless of whether an agency is large or small.”

But the tenant fees ban is no longer a factor – and most agents have now persuaded their landlords to pay more following the fees ban, and many have moved away from the tenant-find model. Anup Agrawal of Accelve, which has advised different sides of the larger deals including Foxtons’ purchase of Douglas & Gordon and Leaders Romans Group’s recent acquisition of independent agency Gibbs Gillespie, says the recent surge is also down to accelerating consolidation within the lettings industry.

“Lettings is getting harder and harder to make money from on a small scale, and any agency with fewer than say 100 properties is now looking around for options,” says Agrawal.

The logical conclusion for lettings is that it will end up like the supermarkets, with 20 or so major players.

This has also included Dexters, which recently signed a co-investment deal with City firm Oakley Capital to fund the opening of ten additional branches in new areas of the Capital and beyond.

“Unlike many other industries, the property industry remains incredibly fragmented and when investment firms look at the way SME independents control such a huge slice of the market, they believe there’s room to build empires,” he says.

But other factors are at play. This includes many shareholders of larger firms such as Hunters and Douglas & Gordon realising that their companies need to team up within larger organisations to grow. It’s a point Hunters’ chief Glynis Frew hinted at during a recent interview with The Negotiator – it had grown to a size at which the company either had to find new investment or join a group with deeper pockets and lower overheads like TPFG.

But while the lettings industry is going through a period of squeezed profits and consolidation, Walker says sales is finally emerging from both Covid, the recent General Election and Brexit and enjoying growth at the beginning of next cycle, particularly now that the Stamp Duty holiday has been extended.

But the lettings sector faces huge structural changes over the next ten years, he claims. “For all the reasons we’ve discussed here I think the logical conclusion for lettings is that it will end up like the supermarkets, namely with 20 or so major players dominating 90 per cent of the market, and the rest scrabbling around the remaining 10 per cent.”

Both Walker and Agrawal agree consolidation is inevitable whether it is at a corporate or SME level, and that Covid has played its part in accelerating this.