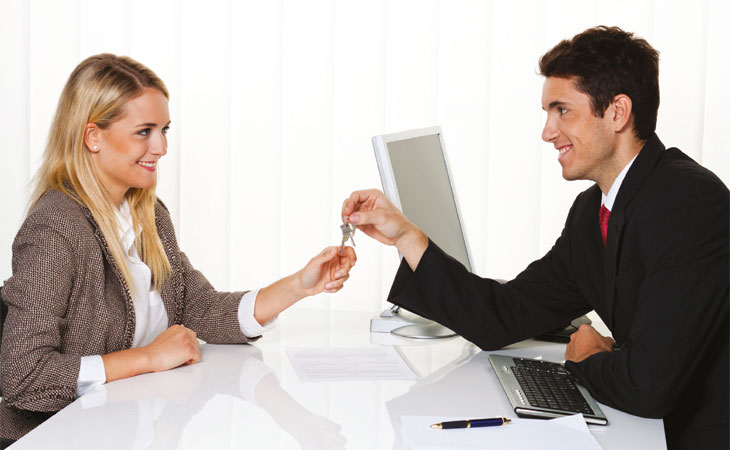 Just a couple of years ago, tenants were finding deposits a struggle to fund. Mydeposits celebrated its tenth birthday and deposit replacement schemes were just getting started. Now, the main replacement schemes are growing fast, Mydeposits is two years older and tenants are still having cashflow problems when asked to pay over a month’s rent upfront.

Solutions to such problems often result from difficult experiences – in this case, a young Irishman came to live in London in 2015 and found he needed £3000 just for moving costs, first month’s rent and a deposit. Jude Greer says, “I wasn’t alone; our research shows people are increasingly becoming life-long renters. Scarier still, research shows around half of tenants borrow to pay their deposits and £4.5bn sits in traditional deposit schemes.”

Our research shows people are increasingly becoming life-long renters. It also shows that around half of tenants borrow to pay their deposits and £4.5bn sits in traditional deposit schemes. Jude Greer, Reposit.

Jude launched Reposit in the same year. Now, five years on, he says, “We are extremely confident that in the not-so-distant future deposit alternatives will be widely accepted and preferred to cash deposits. To help achieve this, Reposit is looking to utilise improving technology to lower costs for tenants and ensure the needs of landlords and agents are met.

“The biggest ongoing threat to deposit alternatives comes from within, through the presence of uninsured, unregulated schemes which offer no guarantee of protection. As a business we welcome competition, but we are concerned that certain unregulated companies may prove to be risky for landlords which could tarnish the reputation of deposit alternatives altogether. For these reasons we always implore agents and landlords to do their due diligence to ensure that the suppliers they work with are regulated and have proper cover guaranteed in all scenarios. Some agents and landlords might be in for a bit of a shock if they realised just how at risk they could be with a non-FCA-regulated scheme.”

Our Nil Deposit Scheme is fully integrated with our referencing and insurance propositions, so we have been able to deliver a replacement deposit that 100 % replicates a cash deposit. Andy Halstead, Let Alliance.

“We now have over two years’ experience, most of which has been positive. Let Alliance is different to the stand-alone replacement deposit providers Flatfair and Zero Deposit, our ‘Nil Deposit Scheme’ is fully integrated with our tenant referencing process and tenant insurance propositions. Because we are in control of the applicant assessment process we have been able to deliver a replacement deposit that 100 per cent replicates a cash deposit in terms of the protection for landlords. In fact, we have enhanced the protection of a cash deposit by providing six weeks’ rent protection rather than five weeks.”

Let Alliance’s agent customers offer the tenant applicants choice. If they join the Nil Deposit scheme, they pay the equivalent of one week’s rent plus VAT, membership is non-refundable and the protection runs for the full term of the tenancy, regardless of how long the tenant occupies the property. Let Alliance buys insurance that covers 100% of the value of six weeks rent for every landlord.

Zero Deposit’s CEO Jon Notley says the biggest change has been that, “Deposit free renting, if not already the norm, is fast becoming the norm in the rental space.” Zero Deposit’s big job back in 2018 was educating agents and landlords about the product and how it worked. Now, the task is signing up new branches and handling much higher levels of business.

Anybody that is coming into this new market with real credibility – and is helping us to grow awareness of the new deposit replacements – is very welcome. Jon Notley, Zero Deposit.

Then, Zero Deposit had a few hundred offices live; now, it has over 2,500 offices, and Notley says, “We’re signing up another 80-100 branches a month.”

Flatfair doesn’t release regular stats; the last figure to emerge was when they hit 10,000 tenancies under management last year. The next target is 100,000, which sounds very distant, until founder Franz Doerr says, “we should hit it in August this year.”

That’s a remarkable rate of growth and Flatfair spent the second half of 2019 putting resources in place to manage it, financially, with $11 million more funding from venture capital investors, and in terms of human resources with some key hires. Simon Scott, Director for Corporate Clients, joined from Savills, and Mal McCallion, Director of Partnerships, formerly at Zoopla.

Those hires are key because the company started as a technology business, rather than emerging from the agency sector like Zero Deposit. Franz Doerr says of Zero Deposit’s CEO, “He has been in the industry forever, he has a serious track record.” Flatfair’s definitely trying to level up when it comes to access to the agency sector; meanwhile, it’s doing well in the build-to-rent sector, where it claims it has a better product than the competition.

It’s difficult to get a grip on the stats. “Lettings is a really fragmented industry,” Jon Notley says, “and it’s difficult to get complete visibility.” With about 1.8 million tenancies created every year, he believes deposit replacements represented about 50,000 in total, with Zero Deposit taking 20,000 or so. That gives deposit replacement products just three per cent of the market so far, but he thinks they can get to 50 per cent in the medium term.

Compare that to the DPS (The Deposit Protection Service), the UK’s largest protector of deposits and you get an idea of the scale of the challenge facing the replacement products. The DPS has protected six million deposits since 2007, and over a million just in the last couple of years – much, much larger sums than the replacement schemes.

Many landlords prefer to have a cash deposit, even if they don’t hold the money, and the DPS is now working with 500,000 landlords and letting agents. That’s a big wall to bring down.

The DPS also supports and informs letting agents and landlords with its monthly rent index, says Daren King, Head of Tenancy Deposit Protection, “The DPS Rent Index is driven by our unique access to rental data. As the biggest provider of deposit protection in the UK, we’re in the position to give the market exceptional insight into how the rents are changing over time.”

Zero Deposit won some big customers early on: Connells, LSL, and Foxtons. But more recently it’s been moving from the big corporates into the regional independents, like Miles & Barr and Aspire. On the landlord side, it won exclusive agreements with both parts of the now merged NRLA. “That’s a massive endorsement,” Jon Notley says. Now, it’s the smaller agents that Zero Deposit is targeting, with a product that’s already tried and tested, having been through the implementation process with the big guys. Flatfair also has a good roster of clients, including Spicerhaart and Hunters, as well as major landlords CBRE, Greystar, Urban Splash and Places for People.

There is plenty! Jude Greer at Reposit says, “Many of the deposit alternative schemes look fairly similar. However, the subtle differences which separate us are critical to understand for any agent looking to make an informed decision for their clients.

“Reposit was the first company in the UK to offer a deposit alternative to tenants. We have had 1000s checkouts and this experience has helped us optimise our service, ensuring that it meets the needs of our partner agents and landlords.

“What we feel sets us apart is first-class customer service and the security of our product. Reposit is fully FCA regulated and protects landlords for up to eight weeks with a policy underwritten by Lloyds of London. Our whole system is designed to ensure that landlords have guaranteed cover in all scenarios, which surprisingly isn’t the case with some providers. We also pride ourselves on speed of checkouts, which thus far have proven to be quicker than traditional deposit schemes.”

Hamilton Fraser is now moving into the deposit replacement market with the launch of Ome. Eddie Hooker, CEO, was originally cautious about deposit replacements, which he saw as having a number of important failings, including lack of underwriting and financial stability, as well as limited access to arbitration for tenants. He believes that providers have now improved their offer, particularly in areas such as dispute handling and financial regulation.

I have come round to believing that a choice of products is desirable. My perfect scenario would be that the tenant is in control of the choice of product they wish to use. Eddie Hooker, Hamilton Fraser.

Now, he says, he has come round to believing that a choice of products is desirable. “My perfect scenario would be that the tenant is in control of the choice of product they wish to use,” he explains. Hamilton Fraser is no one-trick pony; it already offers an impressive gamut of insurance and other services to the property sector, including, of course, Mydeposits.

Jon Notley says he’s “delighted” to see Hamilton Fraser entering the lists. “Anybody coming into the market with credibility and helping us to grow awareness of deposit replacement is very welcome” he says. With high growth expected, there’s room for more than one player. But he does want to see players under FCA regulation.

Franz Doerr also welcomes Hamilton Fraser’s move. “They’ve realised that if they don’t do something, they’ll miss a great opportunity and it’s proof that what we’re doing makes sense.”