When you have to run anti-money laundering checks on dead people, you know something’s not right. Adam Walker vents his frustration. 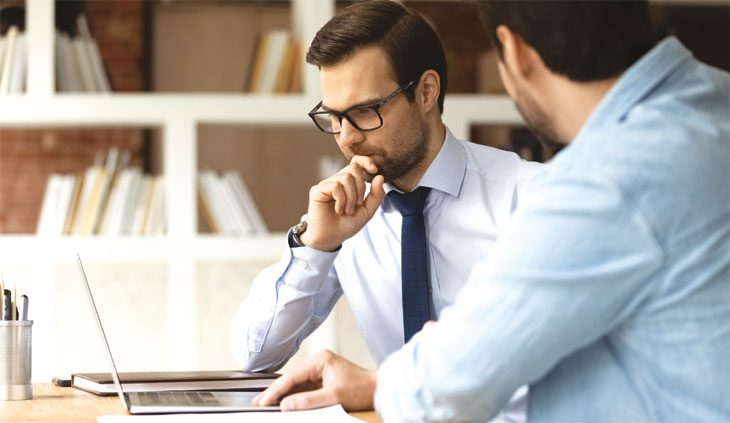 Everyone agrees that money laundering needs to be stamped out and the recent sanctions against Russia have drawn further attention to the problem. However, the current rules are cumbersome and inconvenient for customers to comply with. They are also expensive for companies to implement, and I am becoming increasingly doubtful about how effective they are at preventing money laundering.

On a personal note, I have just had to change banks after 41 years because it was too difficult to comply with their new AML rules. On a professional note, their impact on both my business and on the estate agency businesses that we sell has been huge.

According to Credas Technologies, UK estate agents spent £6 million on AML fees last year. This seems like a huge sum of money, but the true cost is many times this amount. I know this from personal experience.

There must be a better way for the industry to spend £125m a year.

My business was caught in the AML regulations purely by accident. We are primarily business transfer agents and the work involved with arranging the sale of a business as an agent does not require us to register for AML. However, many of our business sales involve the transfer of a premises lease. Even though this is incidental to the sale, it is a regulated activity and because of this, we had to register for AML. Some of our competitors have still not done so but in view of the huge potential fines we were not prepared to take the risk.

Now that we are registered, the full force of the AML bureaucracy has descended upon us and I estimate that we are now spending over £15,000 per year in staff time and other associated costs in order to comply with regulations that often appear pointless and sometimes seem utterly bizarre.

The first issue is that all the vendors and purchasers that we deal with will have to go through AML checks again with their solicitors and accountants long before they receive the proceeds of their sale. Nevertheless, we must do them too. Why?

The second issue is that most of our sales do not involve the transfer of a property but the protocols that we have agreed require us to carry out AML checks on every single sale even if no property transfer is involved. We have chosen to do this, to make sure that if there is a change and the premises were to be included later down the line, that we have done our checks, and none fall through the net, but it is very time consuming.

The fourth issue is that there are no common-sense exceptions to the rules. I recently dealt with a situation where a partner with a 20 per cent shareholding wanted to retire. His four partners wanted to buy five per cent of his shares each. They had worked together for nearly thirty years and the funds for the purchase were already in the partners’ capital account of the LLP. Despite this, we still had to carry out AML checks on all five partners. We even had a case where we were asked to carry out AML checks on a shareholder who had died two years ago but was still listed as a shareholder at Companies House.

In addition to the cost of our own compliance procedures, the AML checks frequently cause delays before we can put a new business onto the market. Letting agents do not have to register for AML unless they are letting properties with rents of more than €10,000 per calendar month. However, many agents do not realise that if they sell a single house, they must register for AML. If they have not registered when they should have done, it is inadvisable to put their business onto the market until they have done so which takes weeks.

A further AML problem often comes to light during the due diligence checks. It is not uncommon to find that letting agents have not carried out proper AML checks on their landlords and this can often delay their sale for weeks or even months whilst the necessary evidence is obtained. If the AML checks we have to do played a genuine role in preventing money laundering, then I would not mind doing the work but I cannot for the life of me see how the checks that we do can possibly play any role whatsoever in preventing financial crimes.

The cost of AML to the property industry as a whole is simply enormous. Let’s assume that each firm of estate agents spends the following amounts on AML compliance:

There are 19,920 estate agents in the UK, so this means a total bill for AML compliance of over £125 million per annum.

I have long been a supporter of increased regulation for estate agents but when I see how the AML regulations have been implemented, I cannot help but think that the implementation of them needs an overhaul. A recent poll by Rightmove found that only 35 per cent of estate agents know to whom they should make a suspicious activity report. 13 per cent thought it was the local police. 47 per cent thought it should be HMRC. Only 35 per cent said correctly that it should be the National Crime Agency.

Taking everything into account, it seems to me that agents have been coerced into AML registration by the threat of savage fines but many feel that the procedures are overly bureaucratic and largely pointless and many more have only the most superficial understanding of how the rules are meant to work and what they are supposed to do to comply with them. Surely there must be a better way for the industry to spend £125 million per annum.

Adam Walker is a management consultant and business transfer agent who has specialised in the property sector for more than forty years.
www.adamjwalker.co.uk