Theresa May does it her way – 8th June is Election Day 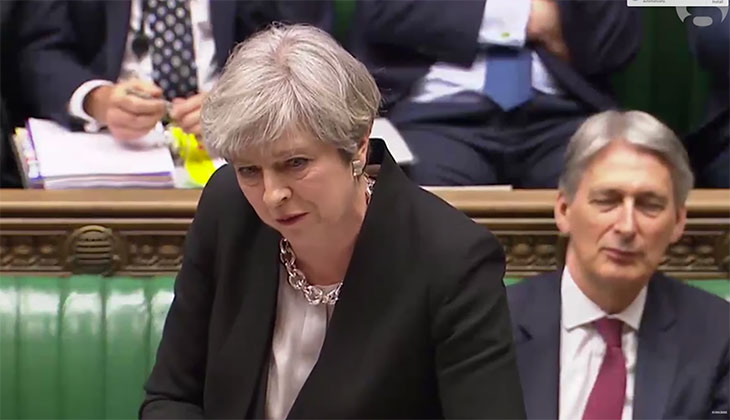 Election Day has been confirmed by Parliament and it will take place on 8th June 2017 – and by a massive majority of 522 to 13, a result that must have delighted the Prime Minister, Theresa May who needed 434 votes to go ahead. Mrs May urged the British people to ‘put their trust in me.’

David Westgate, Chief Executive of Andrews Property Group, was surprised, but says it’s business as usual, “Theresa May’s announcement that she intends to seek the support of MPs to hold a snap election on June 8 undoubtedly came as a surprise, but we must not let it destabilise the property market. Elections can lead to uncertainty and that can affect confidence; however the mechanics of the market are such that it is driven by demand and that remains extremely high at the moment.  We need to seek ways to encourage more stock to enter the market and ensure that sellers do not delay a sale until after the election has been held.  Simply there is strong demand and now is as good a time as any to market a property and achieve a strong price. We’re very much taking the ‘business as usual’ approach.”

Philip Woolner, Joint Managing Partner, Cheffins, said, “General elections and political uncertainty in general often put a dampener on the property market, however, as the market continues to be driven by high demand and low levels of supply, it is unlikely that we will see any real effect on activity in the run up to June 8th.  Thankfully, the run up to the election is short and should the polls be correct and the Conservatives win with a decent majority, we would expect a boost in the market as many property investors will welcome another five years of Conservative government.”

Ed Heaton, Managing Partner, Heaton & Partners, predicts a landslide, “I see the decision to hold a General Election in June as a positive for the property market, particularly as the snap nature of the announcement, means that there has been no long build up with buyers and sellers wanting to hold off. Whilst the outcome is widely expected to be a Tory landslide, the element of uncertainty is limited because of this. The prospect of five more years of Conservative rules will be seen by many as a real positive.”

Trevor Abrahmsohn at Glentree suggests canny buyers have an opportunity to snap up a bargain, “As is usual before a momentous event there will be a great deal of ‘wall sitting’ as people will forestall making decisions to move home, until after the results are known following the Election. In truth, I am not sure it will make any difference whatsoever for the long term outcome of residential property and underlying values, but there could be an opportunity for canny buyers in the next eight weeks to ‘snap up’ a bargain or two, from sellers who have become ‘battle weary’ from the malaise created by the former Chancellor Osborne and his daft Stamp Duty hikes.”

Mr Abrahamsohn was, no doubt, pleased to hear the later news that Mr Osborne has decided not to stand for Parliament in this election.