Recent reports suggest that we should be braced for an underwhelming and subdued property market in 2018. Rob Clifford, Commercial Director at SDL Group disagrees! 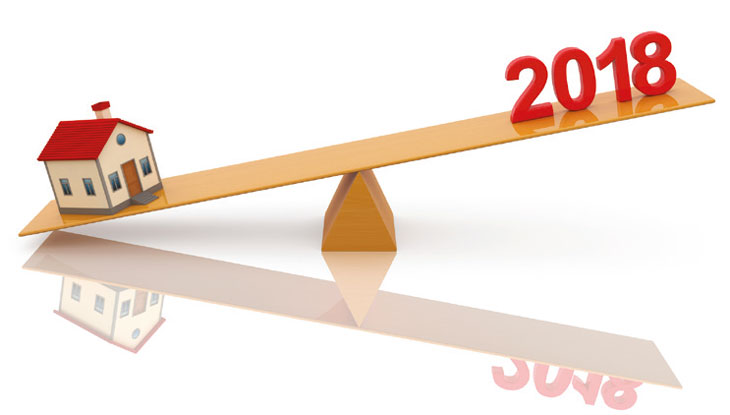 We recently presented SDL Property: 2018 – our first Group conference, welcoming our colleagues and our partners in the property industry. Our message was clear: rather than worrying about the things we can’t control, focus on what we can control, to keep the market moving. Key to this is placing the customer at the heart of everything we do. The client is, after all, king.

Three elements really stood out and gave the audience something to consider, potential areas for growth.

Our panel agreed that technology has an important part to play in the customer journey. It should be embraced to create an integrated experience, certainly not feared.

Property sector technology will undoubtedly accelerate in 2018. Automation is often championed, but does that signal a buying process devoid of human contact?

Our experts agreed that we’re a long way from a fully automated buying or selling process, it will be many years before a meaningful number of consumers consider going down this route.

The sense is that growth in automation will come in assisted technology. Over the next 5-10 years there’s scope for further automation of processes to work alongside traditional, expert-driven personal advice, but ultimately, consumers will still want a human to confirm they’re getting a good deal in what is potentially the biggest single transaction they’ll ever make.

Our conference debates left us feeling that the market will be robust and growing in 2018.

That said, it was also agreed that there’s an element of ‘self-serve’ culture creeping further into the industry, with consumers looking to take control of their own journey. The consensus was that although individuals are more prepared to go it alone when it comes to the initial stages, they’re fully aware that most transactions are complex. It’s time to look at how innovative technology can be used to help the customer, alongside trained professionals using their expertise to help individuals on their journey. This will benefit businesses by moving clients further into the sales funnel, helping more deals over the line.

GDPR will be implemented at the end of May and there is increasing noise and scaremongering regarding its implications.

While GDPR has been portrayed as a threat to businesses, our panel’s view was that it also has the potential to ensure marketing activities are aimed at an engaged and interested audience.

The message was that now is the time to ensure your house is in order and to see this as an opportunity rather than an obstacle.

A great starting point is to put yourself in the customer’s shoes; think how you would like your own data to be used. From an employer’s perspective, ensure you’re making headway with scripting processes, documenting changes and, as one panellist said, the emphasis should be on ‘training, training, training’.

Yes, the impact of GDPR is enormous but, correctly done, the process can be to your advantage. It’s a telling sign that when asked what EU laws they’d like overturned, one answer was “certainly not GDPR. When you consider UK cybercrime has risen from £5bn to £50bn in the last five years alone, this will help protect our customers and ourselves.”

With continued uncertainty surrounding Brexit, the panel raised a very interesting point – the highs and lows of the property market are always driven by sentiment.

2018 is the first time in five years that the country isn’t facing an election or referendum – as far as we know – and this should help to increase consumer confidence. While there’s still not much clarity around Brexit, most people accept that it will happen, it looks as though the timescales are not only fixed, but actually a little while away.

Ultimately, the panel discussion and the wider conference left us feeling that the market is set to be robust in 2018 with growth a strong possibility. There’s an argument that, despite continued innovation, particularly in technology, good old-fashioned customer service should remain at the heart of key decisions. As ever, there seems little doubt that if a business continues to put customers first, it will remain on a path of consistent growth.

Who are you again?