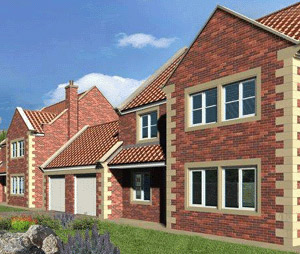 Only a Conservative Government will continue to “support the aspirations of hard-working people, and build the homes this country needs”, according to Brandon Lewis (left), the Minister of State for Housing and Planning for Department for Communities and Local Government.

In a guest column, written exclusively for the March issue of The Negotiator magazine which is out soon, the Housing Minister, Brandon Lewis, took the time to reflect on what the Coalition Government, led by the Conservatives, have achieved in this parliament.

He pointed out that under the last Labour Government house building fell to its lowest peacetime levels since the 1920s, locking a generation of young people out of homeownership in the process, but that the necessary measures have now been taken to get developers building and the market moving again.

“Fast forward to today and the landscape is very different. The numbers of first-time buyers has hit a seven-year high; planning permission has been granted on 240,000 new homes in the year to October, and house building starts are at their highest since 2007.”

Mr Lewis insisted that improvements in the market have been supported by a long-term economic plan to “restore confidence to the market and get the country building again”, supported in part by the introduction of the Help to Buy scheme.

To read Brandon Lewis’ column in full, check out the March issue of The Negotiator magazine – out soon.