The current housing crisis will not be resolved by the Right to Buy scheme, expert warns. 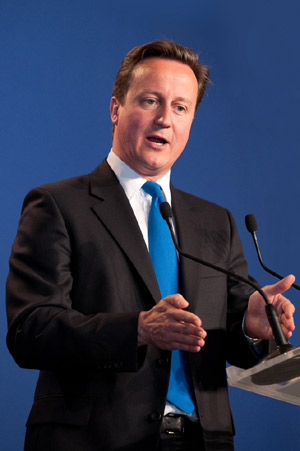 Giving housing association tenants the right to purchase their homes will do nothing to solve the UK housing crisis but instead is aimed at targeting new Tory voters, a Birmingham City University expert has warned.

Alister Scott, Professor of Environment and Spatial Planning at Birmingham City University, describe the Government’s plans to extend Right to Buy discounts to 1.3 million housing associations as a “double whammy and bad news for the provision of social housing”.

The Government announced new measures in the Queen’s Speech to Parliament last week, giving tenants the Right to Buy their homes while requiring councils to sell off high-value properties and invest the proceeds into building affordable ones.

But Professor Scott pointed out that history has shown that the replacements of new homes will not keep up with the losses of housing associations stock and high price stock of council housing, and that the spatial impact of where these properties are lost will be significant and will worsen the housing waiting lists.

He commented, “David Cameron’s recent pre-election pledge for 200,000 new discounted houses is what I would call a ‘Ryanair approach to housing’, reducing basic services to a minimal level.

“Housing needs essential services and infrastructure to build communities and these are not optional extras. The Right to Buy extension in the housing bill is more about creating a new class of Tory voters, rather than a series of coherent measures to deal with the housing crisis. It actually will add to the problem and lead to a sell off of stock in areas where there is acute need.”

Also responding to the announcement to extend the Right to Buy policy, Jonathan Manns (left), Colliers International Planning Director, said, “Whilst David Cameron may aspire to build ‘the party of the workers,’ misguidedly extending the Right to Buy to housing association tenants is unlikely to help. Aside from the potential for legal challenge, these changes would pose a fundamental threat to the viability of the social housing sector and have significant social consequences.”

Manns argues that reducing the number of affordable homes risks driving more tenants into the private rented sector, increasing the total cost of housing benefits, not to mention impact on the social and economic character of certain communities.

“The issue these reforms don’t tackle, at the heart of the housing crisis, is the failure of successive governments to deliver enough homes to meet the needs of a changing and growing population,” he added.