Sign in or Sign up
The essential site for residential agents
Home » News » Housing Market » Trending: renting in your fifties
previous next
Housing Market

Trending: renting in your fifties 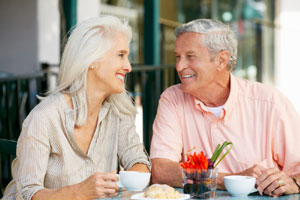 While many will have us believe that older people are blocking up the housing market by owning large family homes, new analysis from Saga Home Insurance shows that the number of people over 50 living in rented accommodation has been on the rise over the last five years.

A third of people aged 50 and over currently live in rented accommodation, up from just over a quarter (26 per cent) in 2011. The reasons for renting are usually down to a change in family circumstance; more over 50s are getting divorced than ever before, perhaps accounting for the fact that 20 per cent of renters over 50 are single as they try to get back on the housing ladder.f

There has been a significant decrease in the number of widowers living in rented accommodation, this has decreased by 10 per cent in the last 5 years, perhaps because they are remarrying or moving in with family.

Unexpectedly, there has been an increase in the number of people under 70 who are renting, with the biggest increase amongst those aged 50-54, while the number of people renting aged over 70 has decreased, this again points to the fact that divorce is creating the demand for renting as silver splitters have to divide the family home.

Even after the family home is split though, Saga believes that most of these tenants will still have over £20,000 of possessions in their home, but only 41 per cent have contents insurance.

Roger Ramsden (left), Chief Executive, Saga Services said, “Social changes certainly seem to be having an impact on the homes of the over 50s. It is concerning that so many do not have insurance for their belongings, whilst the landlord has responsibility for repairing the building should anything happen, they are not responsible for replacing valued possessions should they for example be damaged by fire or even a significant water leak.”