Try a franchise for size

Franchisees have the joy of an established brand, expert training and professional support that can improve their chances of becoming profitable. Would it work for you? Marc Da Silva reports. 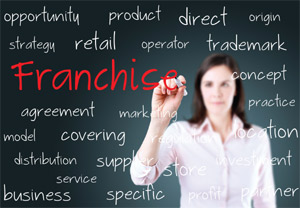 For many budding entrepreneurs who wish to start their own estate agency, but find the idea of creating a brand from scratch to be a little daunting, franchising has become a popular option.

“Operating as an independent agent can be quite a lonely business but being part of a franchise offers the opportunity to network with other franchise owners,” said Dorian Gonsalves, Belvoir’s Director of Commercial and Franchising. He says that being part of a recognised and reputable franchise can also provide independent agents with the “knowledge, support and business model” that will enable them to “provide outstanding customer service”, and in turn, success.

Operating as an independent agent can be quite a lonely business but a franchise offers the opportunity to network with other owners. Dorian Gonsalves, Belvoir

“In any other circumstances these franchise owners would be competitors, but as part of the franchise network they will be happy to share their knowledge, ideas and support, and this is key to success,” he added.

Lessons from THE USA

Franchising of estate agents has long been big business in the US, but it is increasingly popular here, as national and international firms view the franchising route as the best possible way to expand their own businesses in the UK, creating fresh opportunities for start-up agents in the process.

Century 21, the American real estate agent franchise company founded in the early 1970s, is a classic example of a company that is increasing its presence across the UK market. The firm has 7,100 franchised offices in 74 countries worldwide, Rob Clifford of Century 21 UK said, “2014 was a significant year for the business following the signing of 21 new franchise agreements. This makes us a considerable player in our marketplace.”

The new Century 21 offices are new franchisees plus an increasing number of existing businesses rebranding their current identity to the firm to secure a more widely recognisable brand identity.

Clifford added, “Our aim now is to continue this level of recruitment and to continue to market our offering and brand to the many entrepreneurial individuals who are seeking a quality partner to make the most of this positive marketplace.”

Jonathan Cowan, Director of Century 21 Cowan & Rutter, said, “We recognise the highly competitive nature of the estate agency market. Our relationship with Century 21 UK allows us to significantly increase our range of applicants and enhance the services we offer within our areas of operation.”

We are able to capture the synergy of Sotheby’s’ clients in 700 offices worldwide. We are all placed to exceed expectations. Robin Paterson and Chris Palmer, Sotheby’s 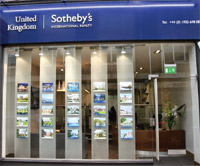 Sotheby’s International Realty, another real estate brand founded in 1970s by the Sotheby’s Auction House, is also planning to significantly expand its branded network in the UK – across London and Home Counties – over the next few years, after the UK arm of the business was acquired by Robin Paterson and Chris Palmer last year. They aim to open 15 Central London offices and five in the Home Counties under the Sotheby’s Realty franchise. Robin says, “We are able to capture the synergy of Sotheby’s International Realty’s private and institutional clients from over 700 offices worldwide. This, along with a unique relationship with Sotheby’s auction house, means we are well placed to exceed the expectations of our vendors and landlords.”

Hunters continued its rapid expansion in 2014, with 37 new branch openings, taking its total number of branches nationwide to almost 130, with further growth planned.

“Network growth is at an all-time high,” said Kevin Hollinrake, Founder of Hunters and, “Our independently owned franchised branches are run by business owners who are experts in their own local area – which gives our customers real value,” he added.

Another franchise option is the auction route. Network Auctions’ partnerships appeal to established agents who value the income and opportunities associated with auctions without having to be an auctioneer.

MD Toby Limbrick says, “Auctions are a natural fit for every estate agency business but the financial commitment involved in conducting auctions or taking a franchise which ultimately promotes another brand is prohibitive for many.”

Partners trade as auctioneers under their own brand with support and training from Network Auctions, the auction department utilises existing staff and marketing resources. It is inexpensive and risk free, annual licence fees are £365 + VAT. Perry Power, owner of Power Bespoke in Reigate recently joined and says, “Network Auctions has enhanced the Power Bespoke brand and helped me win new instructions. My first lot sold earning me £13,000 and I have instructions for the next auction. I absolutely recommend Network Auctions to my fellow property professionals.”

The cost of franchise licences typically start around £12,500, plus a percentage – about 10 per cent of annual turnover. Franchisees receive business support, and a host of benefits. “Franchisees receive comprehensive residential sales and lettings training,” said Patrick McCutcheon, Franchise Director at Dacre Son & Hartley.

Being part of Fine & Country means that we can punch above our weight, and I have to say that really is a key factor in our business. Simon Bradbury, Fine & Country

Being part of a wider set-up enables agents to benefit from special deals with suppliers, “Ultimately these cost savings should more than compensate for any costs associated with joining a network – they do for us at Fine & Country,” said Simon Bradbury of Fine & Country in St Neots, Cambridgeshire.

As well as having the support, knowledge and expertise of like-minded colleagues, being part of a franchise or network of agents also presents an individual branch with the means to “punch above their weight”, thanks largely to brand recognition, which really is a “key factor for our business”, as far as Bradbury is concerned. “We have access to massive marketing and PR resources that we could not possibly afford on our own.”

Establishing a brand, a look and a reputation costs a lot of money. A franchise adds to brand awareness and provides support. James Trimble, Winkworth

Those that believe paying a percentage of their income to a franchise is just about a ‘name’ and anyone can do it, are very much mistaken, according to James Trimble, Director of New Franchising at Winkworth.

He believes that the purpose of joining a franchise is to “add greatly to the turnover”, increasing the “profile strength and market reach” of an office that results in greater returns. “It depends on who you are and what you are looking to achieve, but it’s safe to say that establishing a brand, a look and reputation costs money – a lot of money. A franchise is a natural way to add to the brand awareness and take advantage of the back office support.”

The world is your oyster

There are also many opportunities for agents to sell properties overseas. Chestertons has 27 international offices in 15 countries and plan to double this to 50 in 2015. Neville Page, Head of International, Chestertons, said, “Since the credit crisis we have seen strong price growth in the world’s major cities whilst resorts lagged behind. However, the recent upsurge in interest means that they offer the best prospects for growth. Chestertons’ strategy is to expand its network of offices and associates.”

An appetite for risk?

Going it alone always carries risks –but could bring greater rewards. Opting for a franchise certainly mitigates the risks. Ultimately, you know yourself – it’s your choice. 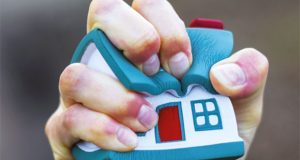