Harley Judge, who made a emotional departure from the show after being the first to be ejected last summer, is now working for an agency in Norwich. 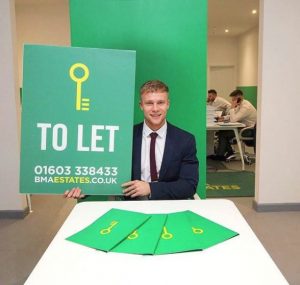 A Love Island contestant who was the fist to be ejected from the Mallorcan villa where the TV reality show took place has begun a career as a lettings agent.

Harley Judge, who until briefly joining the programme as a contestant was a grounds worker and self-confessed gym addict, exited the villa after being rejected by two women despite his best efforts to romance them, including a rumoured former girlfriend of Prince Harry, Camilla Thurlow.

For those not familiar with the programme, in each series 12 male and female constants must compete to form relationships with each other, as well as facing public votes.

After leaving the show, Harley said he would remain ‘humble’ despite the fame that it briefly brought him, and appears to have kept to his word.

The 22-year-old has joined an agency in his home town of Norwich as a lettings negotiator and put a picture of himself (above) on Instagram says he had “a new challenge for the new year” and that he had “swapped the hi viz for suit and tie”, referring to his previous job before Love Island. 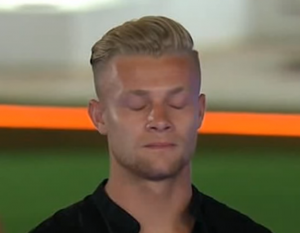 His brief but emotional spell on the programme means he is likely to be one of the few property professionals in the UK to have a whole page of The Sun website dedicated to them, which largely salivates over his physique and his desire not to meet a ‘whiney’ women on the show.

BMA Estates, which appears to have been trading in its current form since the beginning of 2016, has been recruiting aggressively in the Norwich area for a range of positions including senior sales negotiators, sales negotiators and general ‘lettings professionals’.