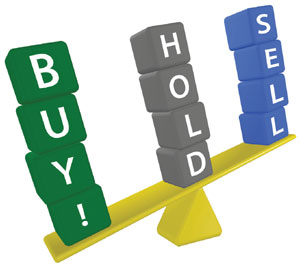 As share prices rose and fell in the post Brexit turmoil, UBS reported on estate agencies listed on the stock market, recommending ‘buy’ for Foxtons and Savills; leaving Countrywide at ‘neutral’ and suggesting ‘sell’ for Purplebricks.

The Swiss bank expects UK wide housing transactions to fall 6 per cent this year and 5 per cent the next – with a 10 per cent drop in London in 2017. It believes that online-only agents are structurally altering the landscape of the sector and are gaining significant market share as consumer awareness and willingness to consider using them grows.

UBS says that conventional agents most able to differentiate themselves, such as Foxtons and Savills, justify a premium price and will be most successful in withstanding the changes.

The bank added that the UK referendum result added significant uncertainty, in particular for the London housing market and it has factored in a declining market in the second half of this year and 2017 within its forecasts. However, in the medium term, it sees organic growth potential at Foxtons, driven by a rollout of five to seven new branches per year.

On the other hand, it sees Countrywide most at risk from this shift, with pressure on commissions over the last six years indicative of its limited ability to respond to online competition.

On Purplebricks, UBS said, “With the business not yet in profit and on EV/sales of 18x we see valuation risks. The model has been proven fit for growth, but the self-employed nature of franchisees, as well as the large revenue cut that Purplebricks takes from its franchisees, for us creates question marks around scalability. There are also significant costs associated with growing a web-based company.”