Households across the UK expect house prices to rise in 2016. 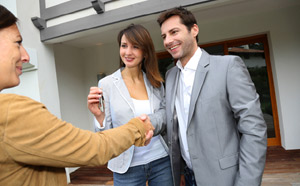 With record-low interest rates for at least another few months and housing supply set to remain low, the general consensus among households across the UK is that property prices will increase in 2016, albeit at a slower rate than in 2015.

The latest data from the House Price Sentiment Index (HSPI) from Knight Frank and Markit Economics found that house price growth this year is expected to be led by the East of England and London, with more modest levels of price increases set to be recorded in many other parts of the UK.

The future HPSI, which measures what households think will happen to the value of their home over the next year, increased marginally this month to 70.5 from 70.3 in December. This is the highest reading since June 2015, but remains below the peak of 75.1 reached in May 2014.

Expectations for residential property price growth among households in the East of England hit an all-time high of 81.1, suggesting that they expect to see the highest rise in property values over the next year.

Home prices in London, where an average HPSI reading of 79.1 was recorded, is also expected to outstrip the national average.

In contrast, there was a noteworthy fall in the future reading for the North West, down from 67.5 to 62.3 in January, as well as Scotland, which dropped to 61.8, down from 65.8 in December.

Homeowners with a mortgage outstanding expressed the greatest confidence that home prices will increase over the next 12 months at a reading of 76, followed by those who own their property outright at 73.1.

“Mortgage borrowers are the most positive about the outlook for house prices over the next year, perhaps reflecting the anticipation of a longer period of ‘ultra-low’ rates after the Bank of England’s decision to hold rates this month, and signals from rate-setters that the UK base rate could be at 0.5% for some time yet,” said Gráinne Gilmore (left), Head of UK residential research at Knight Frank.

The future sentiment index is now sitting just above where it was in January 2015, Gilmore explained, pointing to the fact that UK house prices rose by 4.5 per cent during the course of the year.

“The latest house price sentiment index suggests that monetary and political housing policies have not had a dramatic impact on households’ assessment and outlook for the value of their property,” she added.