September was an exceptionally strong month for home sales. 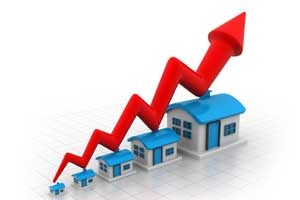 Residential property sales have improved across the UK, reaching a 16-month high in September, the latest index report from RICS has revealed.

It was the fifth month in a row that agreed sales rose, with the greatest increases over the month witnessed in the North, East Anglia and Scotland.

According to RICS, this was the sixth consecutive month that the number of new buyer enquiries has increased, supported in part by less stringent mortgage lending conditions, with 18 per cent more chartered surveyors reporting a rise in demand.

Despite the increase in activity levels, the report also identified a lack of new instructions, which has fallen in 13 of the past 14 months, for continuing to hold back sales growth.

“Activity is now picking up which is encouraging, but unless the stock being sold is replenished there is a limit to how sustainable this modest improvement in market turnover will prove to be. And, unfortunately, the indications are that we are locked in a cycle where the lack of available properties on agents’ books is itself deterring some potential vendors from thinking about putting their own property on the market,” said Simon Rubinsohn (left), RICS Chief Economist.

RICS forecast that home prices will increase across many parts of the UK in the coming months as a result of the persistent supply-demand imbalance, according to the report.

Mr Rubinsohn added, “Against this backdrop, it is hard not to see prices continuing to move higher over the coming months and into the early part of 2016, notwithstanding the present concerns regarding the affordability of housing in some areas of the UK that are being highlighted by respondents.”

September marked the 42nd successive month of positive annual growth in house prices, with average property values now £11,500, or 4.2 per cent, higher than a year ago, setting the ninth price record this year to reach £284,742, according to fresh data from the LSL England & Wales House Price Index.

The Index, released at the end of last week, also found that this has been the strongest September for home sales since 2007, fuelled partly by growing sales activity in the north of the country.

“The speed of house price growth across England and Wales may not be setting the world alight, but it’s certainly showing it has stamina,” said Adrian Gill, Director of Reeds Rains and Your Move. “House price growth continues to outdo rises in wages and consumer prices.”

The latest data from LSL suggests that capital growth is primarily being underpinned by strong demand and solid activity at the lower end of the housing ladder.

The figures also found that prices surged by 1.4 per cent in London – the biggest monthly jump in the capital for 14 months.

“The regional spread of home sales reads like a traditional tale of north-south divide – with cheaper northern regions experiencing the fastest growth in property sales, while a shortage of property stock on the market in the south is slowing activity,” Gill added.

He continued, “In the three months to August 2015, the North and North West of England saw the biggest year-on-year increase in property sales, while East Anglia, London and the South East saw the most significant annual falls, as the squeeze on supply in the south reins back the flow of activity and drives up buyer competition and prices.”