Sign in or Sign up
The essential site for residential agents
Home » Features » Up in Smoke?
previous next
Regulation & Law 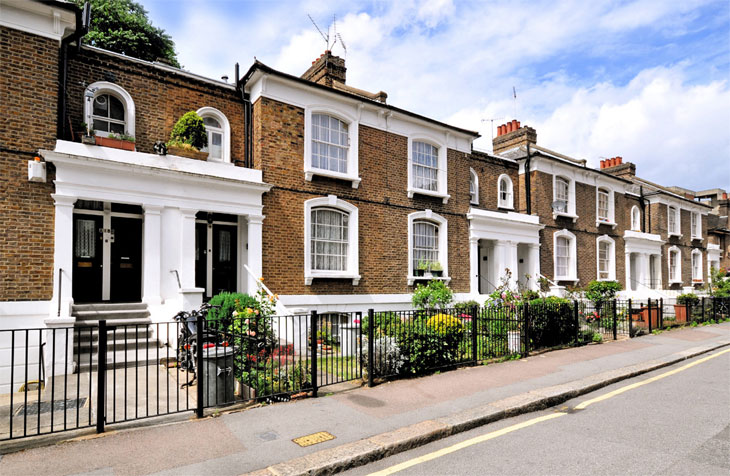 Properties built before 1919 have grown in value by 461 per cent since 1986. Although, thanks to the Climate Change Committee, this popularity could be due to slow.

With the Government aiming for the UK to be net carbon zero by 2050, it’s clear that speed is of the essence. Perhaps that is what’s led the Committee to propose that all homes sold in the UK after 2028, should sit in EPC band C, or above – a criteria that currently only 29 per cent of UK homes actually meet.

To put that into perspective, 37 per cent of homes in London (measured since 2009), fall into bands E, F or G. A large portion of which are character or period homes. So what we now must ask is, how difficult would it be for these properties to adhere to such legislation And could it affect the saleability of properties in the Capital

On the face of it, it does appear to be quite a hurdle. Contrast a period property to a new build and it quickly becomes apparent that they were never built with efficiency in mind. Just ask anyone with a Georgian town house in central London – they’re not cheap to run.

This is because when those properties were built, vapour barriers or damp-proof membranes weren’t even a thing. Walls were simply solid stone. Roofs were also a lot different. Nowadays new builds boast highly insulated loft spaces and even solar reflective tiles to boost energy efficiency. Windows were also single glazed, opposed to the double and triple glazing we’re used to today. But that’s not to say period homes can’t adhere to this legislation – it’d just require a large investment on behalf of the owner.

How they’d choose to invest would depend on their strategy. EPCs take into account various aspects of a home – scores can be affected by anything from the presence of wall insulation to whether a property has thermostatic valves on each radiator.

Imposing what is essentially a tax on inefficient homes, may not be the fairest way of safeguarding the environment.

So depending on their rating, homeowners would be faced with a choice. Focus on lots of minor changes and hope that’s enough to raise their rating at low cost, or invest in more major changes like exterior wall insulation or a new central heating system.

Typically, the lower a property’s EPC band, the more of an investment it’d take to bring it up to this new ‘saleable’ standard. A standard which, if the Government backed it, would have to be enforced along with support schemes and other forms of assistance. Otherwise they’d risk triggering a new breed of EPC property prisoners. People who are held hostage by their EPC rating and unable to sell.

Haphazard legislation has, in the past, imprisoned homeowners to their mortgages, so hopefully the necessary precautions would be taken. Saying that though, even if the Government did choose to slacken regulations for certain households, it’s not to say it won’t affect the saleability of their home.

List a property for sale that doesn’t meet new standards in a market where all the competition does, and a seller would be at a significant disadvantage. It’s likely then that EPCs would become a picking point for buyers, especially cash-ready developers who’re out to maximise their margins; a tough pill to swallow if a seller needs to achieve a set price.

Therefore, imposing what is essentially a tax on inefficient homes, may not be the fairest way of safeguarding the environment. Neither would it be the post-Covid boost that homeowners are looking for. Perhaps then, the Government and the CCC need to put their heads together on a plan to encourage UK households to be more eco-conscious, not force them. Otherwise, they risk the issue of the environment just becoming another ‘tax excuse’.

Karl McArdle is the joint CEO & Co-founder of The Property Buying Company – a cash buyer of property, led by a team with over 50 years’ experience in purchasing homes. www.thepropertybuyingcompany.co.uk