Parent company ZPG signs deal with Simon Cowell for 12th series of show due to start in a few weeks.

ZPG has signed a deal with Simon Cowell to make its household bills comparison site uSwitch the headline sponsor of his ITV prime-time perennial Britain’s Got Talent (BGT).

The deal, which was signed with both ITV, Syco Entertainment and FreemantleMedia, will see uSwitch’s creative run before and after all the ad breaks during the 12th series of the show, which kicks off on Saturday, April 14th.

ZPG says this will be aimed at inspiring and motivating consumers to switch and save money off their household bills. 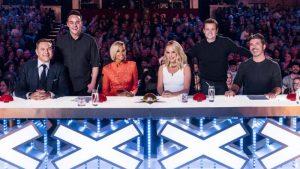 Presented by Ant & Dec and featuring David Walliams, Simon Cowell, Amanda Holden and Alesha Dixon, the BGT weekly shows are expected to pull in between 9.5 million and 13 million viewers.

ZPG says the sponsorship deal, which is for an undisclosed sum, is the most expensive promotional agreement uSwitch has struck so far since it was founded in 2000 by Lord Milford Haven.

BGT sponsors rarely reveal how much they pay to get into bed with Cowell’s TV juggernaut, but Dominos Pizza is reported to have spent £1 million in 2011 sponsoring another Cowell prime-time show, a short-lived roulette-based competition format called Red or Black?

uSwitch advertises heavily on TV and other media featuring a ‘Yes U Can’ creative led by a fictional ‘switching coach’ but has shied away from major sponsorship deals.

Two years ago, uSwitch ran a TV campaign featuring ‘Life on Mars’ actor Phil Glenister in which he urged householders to review their bills

“We’re delighted to be partnering with ITV on one of their biggest shows,” says Gareth Helm, Chief Marketing Officer at ZPG (pictured).

“This is an excellent opportunity for us to further build the uSwitch brand and help the nation understand how they can save hundreds of pounds a year off their household bills in a matter of a few minutes.”