We all dutifully (pun intended) pay it, but how often do we question it? Adam Walker thinks the VAT rulebook should be rewritten. 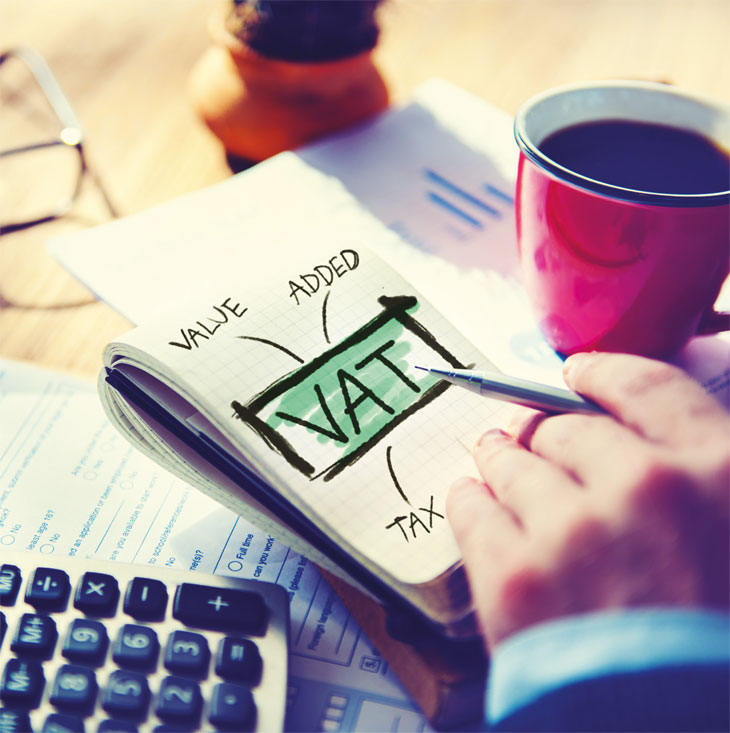 Over the last few days, several events have caused me to think about the madness of our VAT regulations. The problems started when the builder who has done all the work in my private home for the last twenty-five years told me that he could not carry out the latest repairs for me because he had to take three months off work. I was concerned that he might have hurt himself but the real reason was in many ways more concerning.

He told me that he had accidentally exceeded the £85,000 VAT limit in the previous twelve months. As a result, he was going to have to pay a fine and was being forced to register for VAT with immediate effect. This meant that he would have to charge me 20 per cent more for my building work and he did not want to have to do that. He had decided therefore to spend the next three months doing some work on his own home so that he could de-register for VAT and then carry on as before.

He had accidentally exceeded the £85,000 VAT limit… as a result he was going to have to pay a fine and register for VAT.

This was a little inconvenient for me but the consequences for him were far worse because he would have to pay VAT on all his earnings for the period that he was over the VAT limit and this was money that he would not be able to claim back retrospectively from his customer.

I asked him how someone who has been self-employed for thirty years could have made such a mistake? He said that the problem was that his last job required a lot of materials and the cost of these materials rose sharply during the job due to Covid and Brexit. His £85,000 VAT limit includes the cost of materials which was how he got caught out.

I thought how stupid this was. Why does the limit include materials? If he had asked his customer to buy and pay for their own materials from B&Q, then the problem would not have occurred but how could making the customer do this be of benefit to anyone? Surely the VAT limit to builders should exclude the cost of materials?

Just a few days later, I came across another example of the absurdity of the VAT rules. A good friend of mine owns a holiday home in the West Country. Due to the increase in the number of people who want to spend their holiday in the UK, rates have gone up and, as a consequence, is about to exceed the £85,000 limit for his gross letting income. Unlike my poor builder, he has seen the problem coming before he exceeded the limit, but his solution is the same. He has been forced to stop taking any more bookings for the winter months.

It seems to me that the VAT limit should be based on gross profit, not turnover. This would be a very simple change to make.

The consequences for others of this enforced decision are significant. The cleaners and laundry staff will lose twenty weeks work in an area where winter jobs are hard to come by. The local economy will be deprived of the spending power of up to 340 guests over the twenty weeks. The pubs and restaurants and tourist attractions desperately need this income, particularly during the winter season but they won’t get it. And in addition to this, it just seems wrong to have a beautiful house standing empty for four months of the year for no reason at all. Again, the VAT rules are absurd. The £85,000 limit is based on the gross income before the fees from the holiday company have been charged so he never receives £20,000 of this revenue. Why isn’t VAT levied on the net income? And does anyone in government pause to consider the economic harm that is caused to local communities in holiday areas when holiday homes are forced to lie empty?

My third, fourth and fifth examples of the madness of the VAT rules all come from my own business because during the course of just eight days, we were forced to decline to take instructions to sell three small letting businesses. The problem was that all three were operating below the £85,000 VAT limit. If someone runs a letting and property management business from home and doesn’t employ any staff, their expenses will be very low and the net profit from a business that turns over £85,000 per annum will be enough to provide them with a very comfortable living. Hundreds of people run businesses like this.

The problem comes when they want to retire. The problem is that buyers are reluctant to buy these businesses. The issue is that they will have to register for VAT immediately and there is a real risk that the landlords will leave if the very first thing that the new owner does is to increase their charges by 20 per cent. It seems very unfair on the owners of these businesses that they cannot achieve the usual price for their letting book when they want to retire. These are just three examples of the harm that is being caused by our crazy VAT rules that I happen to have come across in the last two weeks but I am sure that there are many more.

What is the solution?

Well, it seems to me that the VAT limit should be based on gross profit, not turnover. This would be a very simple change to make and it would not even cost anything because VAT will already have been charged on the cost of supplies which cannot be reclaimed by a non-VAT-registered person or company.

My second suggestion is that in the interest of fairness, VAT should be levied on the balance of turnover above the threshold instead of the all or nothing system that we have at the moment. Other taxes are calculated this way, so why not VAT? Imagine what would happen if Income Tax was calculated in the same way. If someone earned £1 over the threshold, they would be hit with a tax bill for hundreds of even thousands of pounds. There would be uproar.

I am going to send a copy of this article to my MP. A change to the VAT rules will be of huge benefit to the economy. However, I am not going to hold my breath. In the meanwhile, if you run a small business, make very sure that you do not inadvertently exceed the VAT limit because the penalties for doing so are wholly disproportionate and if you are thinking of selling your small un-VAT-registered letting business anytime soon, my advice would be to register for VAT now and wait for the dust to settle before you do so.

Adam Walker is a management consultant and business transfer agent who has specialised in the property sector for more than forty years.
www.adamjwalker.co.uk