Vent your rent: How bad is your home? Very bad, according to tenants contributing to a social media campaign launched by Generation Rent 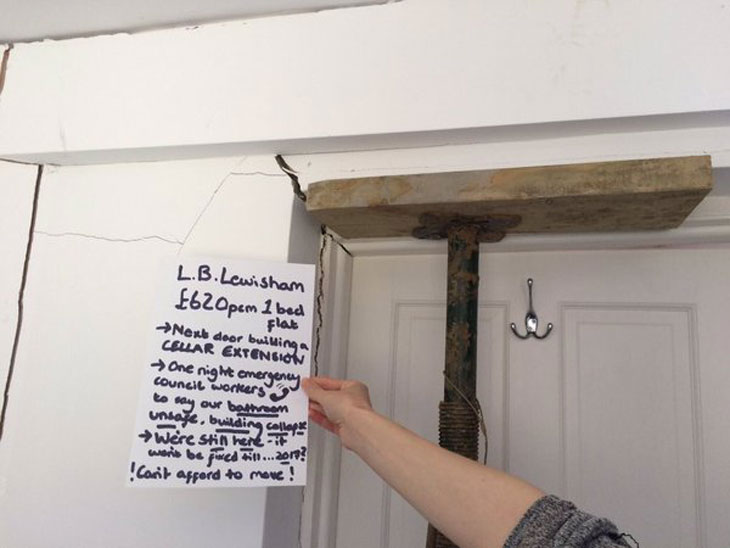 You get more – and, at the same time, rather less – than you might expect when renting a home in London. The ‘less’ element, being working showers, toilets, ovens, heating etc., while the ‘more’ is the company of unexpected furry friends in the bedroom and mushrooms growing in the most unexpected places.

Conditions in some rented properties in the capital are so bad that tenants have been sharing their stories about what they get for their money using a Generation Rent hashtag: #VentYourRent.

Generation Rent, which has had a challenging path to becoming a known and largely respected consumer champion, launched the social media campaign to give tenants a platform to voice their problems.
The national press has, naturally, got right behind the campaign, but while they vilify landlords and indeed their agents at any possible opportunity, is the problem as widespread as the campaign would indicate?

Amongst many, The Sun reports that Twitter and Tumblr have attracted ‘throngs of young people sharing pictures of themselves holding signs showing how much they pay, where they live and their dreadful experiences. Cockroaches, mice, lack of sunlight and ‘no bed.’ 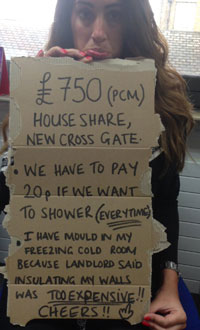 According to Generation Rent, “more than half of all 20 to 39 year olds will be forced to rent by the year 2025” but, they add, “30 per cent of privately rented homes are considered non-decent.”

The future for private sector renting

Roger Southam, Founder of UKAA, the new trade organisation representing the professional rented sector told Jungledrums that, “It is unacceptable that tenants should have to live in the conditions described by those who shared their stories on social media.

“The UKAA is being formed precisely to combat situations like these and raise standards in the rental market. We want to drive up professionalism in the rental sector by helping landlords deliver better customer service, where the renter comes first.
“The formation of the UKAA comes at a crucial time, when home ownership is out of the reach of many thousands, especially those in urban areas. We encourage key industry players to join us and help us eradicate the poor standards of accommodation and service that tenants in London, and the rest of the UK, are facing, and create a rental market modelled on quality homes and professional standards of service.”

The UK Apartment Association (UKAA) is the first cross-industry trade body dedicated to driving the professionalisation of the build to rent sector. It launched earlier this month and a growing number of rental market operators, developers and suppliers, including some of the sector’s biggest names, such as Greystar, Savills, and Roomservice, have already signed up to membership.