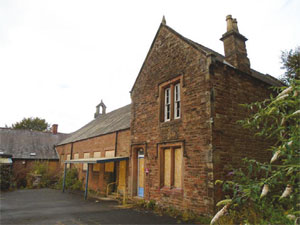 The former Brampton Infant and Junior Schools in Cumbria went under the virtual hammer with a terraced property in Greater Manchester and a range of lots across the UK.

A former school in Cumbria was also knocked down at the eighth online auction for Landwood Property Auctions.

The former Infant and Junior school buildings in Brampton were offered by the company on behalf of Cumbria County Council after standing empty for almost a decade.

The online auction sold properties from County Durham right down through Greater Manchester, into the Midlands and South Wales.

One highlight was the result on a terraced property in Heywood, Greater Manchester, which went for almost £30,000 over the guide price and attracted 34 bids.

James Ashworth, Director of Landwood Property Auctions, said, “It’s clear after hosting eight online auctions that this method of sale is becoming more popular, bringing a wealth of benefits to both sellers and bidders. Our PropTech is backed by an experienced team that understands how best to use the platform.”