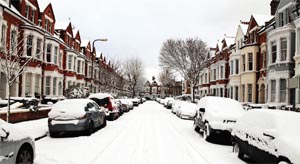 Kate says: “Latest data reports suggest the seasonal slowdown was in full swing towards the end of 2014. However, many reported this as the market ‘slowing’ in general, especially in parts of London, which has grown tremendously over the last 18 months – two years. In reality, nobody knows if this was a ‘normal’ slowdown, or whether it’s a sign of things to come and 2015 will be a quiet year. The dynamics of the market are changing, this is the first year the government has intervened via new powers given to the Bank of England to hold back lending, and with an election looming and housing firmly on the agenda, we don’t know if it will encourage or spook buyers and sellers. This means the next three months’ activity will be crucial in understanding which way the market will go this year.”

The General Election and BoE’s new powers to restrict lending could spook buyers and sellers.”

Home.co.uk: “Aside from the dramatic price performance in the capital, the best performing regions in 2014 were East Anglia and the South East, posting rises of 9.0 per cent and 8.3 per cent respectively. The worst performing English region was the North East, which registered a subinflation rise of just 0.9 per cent. Wales has not performed much better; prices in the principality have risen by just 1.6 per cent over the last 12 months. The fortunes of the UK property market have been highly disparate on a geographic basis in 2014, and we expect this situation to lessen in 2015 as price growth spreads further out into the regions. (Dec 14)”

RICS: “London at the present time remains the only area where more members are telling us that prices are slipping rather than increasing; all other parts of the UK are producing numbers consistent with further increases in house prices in the near term. (Nov 14)”

Acadata: “Property values in the capital and surrounding areas are beginning to concede ground after significant advancement over the last year. Average house prices dropped in a third of London boroughs in the month to November, with Southwark experiencing the sharpest fall in average values of 3.1 per cent. Monthly house price growth has continued if the exceptional London and South East regions are excluded from our calculations. Similarly, annual price rises across England and Wales are stable when these regions are omitted, as home values across the rest of the country stand firm and continue forward on their calmer trajectory.”

Kate says: “After the 1990s, we saw prices increase year on year in 2000 in London by 30-40 per cent. This increase spread to the regions in 2003, when prices increased by 20-30 per cent. In 2013/14, London Boroughs saw prices rise by 15-35 per cent, so growth is nowhere near as high as before. In the regions, we are seeing prices rise 5-10 per cent, so again, not as quick a recovery as before and forecasts over the next five years from Savills, Knight Frank and Chestertons very much suggest prices slowing, with CEBR predicting price falls. In 2015, we may be looking at not just lower growth but also the market volumes tightening, as it takes people longer to secure increased equity which allows them to move up the ladder.”

Rightmove: “Buyer demand has tailed off during the second half of the year. (Dec 14)”

Halifax: “The deterioration in housing affordability as a result of rising house prices, earnings growth that has been consistently below consumer price inflation until very recently and speculation of an interest rate rise, have combined to temper housing demand since the summer. (Dec 14)”

Acadata: “During 2014 as a whole, completed house sales climbed 18 per cent on 2013 levels – reaching the highest volume witnessed since 2007. While the bulk of this uplift happened in the first half of the year, 2014 finished at a sprint too – with completed house sales in December jumping 17 per cent on the previous month, against the usual seasonal tide, as the Chancellor’s remodelling of the age-old stamp duty barrier flooded the market with buoyed consumer confidence. (Dec 14)”

Bank of England: “The number of loan approvals for house purchase was 59,029 in November, compared to the average of 63,191 over the previous six months. (Dec 14)”

Kate says: “The data on demand is a mixed bag this month with the ‘lead’ indicators suggesting a real slowdown while the ‘historic’ measures show that demand is higher in 2014 than 2013.  Probably the most helpful measure this month is the Severn Trent data which shows there is a slowdown, but so far, this is in line with seasonal trends.”

Rightmove: “In the last four weeks, 76,823 new sellers have come to market, down 4 per cent on the same period a year ago and the second consecutive month that there has been a year-on-year fall. (Dec 14)” Home.co.uk: “The supply of property for sale overall has not increased significantly, rising by around just 7 per cent over the course of the year. However, exceptional rises in supply have been observed in London and the South East (+39 per cent and +13 per cent respectively). Scotland has also experienced a rise in supply post-referendum of nine per cent. (Dec 14)”

RICS: “The number of new instructions registered with estate agents at a headline level contracted yet again, albeit only marginally, during November. This has been an ongoing theme for the past year and it remains to be seen whether the change in stamp duty will encourage more property onto the market. Significantly, the average volume of inventories on surveyors’ books remains close to the record low. (Nov 14)”

Kate says: “The general gist of the reports suggests that new instructions are on the rise for some areas, such as Central England and London/South East, but in other areas, such as the North East, stock levels are lower. The New Year data will give an indication of whether the market will continue to recover from seven years of recession and help us to see if the stamp duty changes will just end up costing the government much needed tax revenue or boost the number of sales which will add to tax revenues.”