The Welsh government has extended once more the period during which landlords must give tenants at least six months’ evictions notice.

The Coronavirus Act 2020 includes a range of powers for Welsh Ministers including the ability to extend existing pandemic-specific evictions rules.

Since September last year landlords and agents have had to give six months’ notice to tenants of an intention to evict, which was due to run out at the end of June but was extended, with an option to extend beyond September 30th. 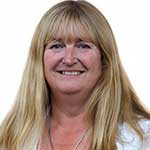 Welsh housing minister Julie James (pictured) has now decided to extend the existing rules until the end of the year, an extension of three months.

“The purpose of this alteration is to ensure that during a time when case numbers and hospitalisations are increasing and the virus remains a serious threat to public health, landlords will continue to give increased notice to tenants before they can issue proceedings for possession,” says James.

“The effect will to be to delay evictions meaning that fewer people will face eviction into homelessness at a time when this might exacerbate the spread of the virus and when local authorities are less able to respond to these situations.

“Also, those renting their homes will benefit from increased security and reduced anxiety; and individuals at risk of eviction will be provided with increased time to seek support to resolve any problems, including applying to the Tenancy Hardship Grant scheme, which I introduced in July.”

Ben Beadle, Chief Executive of the NRLA (pictured), says: “The further extension of longer notice periods is yet another blow to the Welsh private rented sector and will only worsen the ongoing rent arrears crisis.

“Expecting landlords to carry the burden of extended notice periods is doomed to fail and the Welsh Government’s desire to continue kicking the can down the road is jeopardising the long-term future of many landlords’ businesses and in turn, the security of tenants who rely upon them.

“This announcement indicates that the Welsh Government lacks a coherent strategy to address the many issues affecting the private rented sector.

“The little-publicised Tenancy Hardship Grant has helped less than half a dozen tenants and without a clear plan to exit emergency measures, the rent debt crisis will worsen, leaving many tenants with damaged credit scores, saddled with debt and local authorities unable to meet demand.”

A copy of the Regulations and the accompanying Explanatory Memorandum can be viewed here and here.