Sign in or Sign up
The essential site for residential agents
Home » Features » Housing Market » What’s really happening to transactions and house prices?

I recently read two conflicting reports about the state of the residential property market and didn’t know which I should trust. 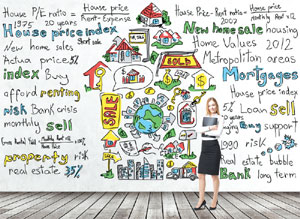 The Government’s Office of National Statistics (ONS) informed me that house prices were rising at their slowest rate for two years whereas the leading property portal, Rightmove, said they were up by three per cent.

The answer is that they’re both probably right and both are possibly wrong! Let me explain.

Rightmove’s index is based on asking prices, so inevitably, it can be quite volatile. Their statistics are not seasonally adjusted, although they are of course, fairly current and the survey is long established and popular with the national press as it has such a high level of consumer recognition.

On the other hand, the ONS figures are based on the Council of Mortgage Lender completions and are seasonally adjusted. However, with the data coming from the Council of Mortgage Lenders, the ONS will not reflect a significant number – up to 35 per cent – of ‘cash’ buyers, and neither will it adjust the figures for the three month delay between the report’s compilation and publication. Which, incidentally, begs the question, why on earth does it take so long?

Differing statistics based on varying methodology lead to mixed messages.

Of the other major contenders, Land Registry figures, have provided the largest sample of sold properties in England and Wales since 1995. But these figures inevitably exclude all new build homes  – and there are many – even though a builder has sold the properties to the buyers. These figures are also likely to be at least two months out of date as they are only drawn into the figures when Land Registry has received the relevant documentation from conveyancers and carried out its checking processes.

Nationwide wins on speed as it provides the first survey to be released each month. This index started in the mid-1980s and it uses an average value for sold properties. The building society’s figures take into account location and size, but are based on its own mortgage lending i.e. about 13 per cent of the market. Once again, a small percentage of the market and only covering homes purchased with a mortgage.

Halifax, which is now part of Lloyds Banking Group and is the largest mortgage lender in the UK, likewise publishes a monthly review of the housing market, which is also of course, only relevant to homes bought with a mortgage, but Halifax lacks a detailed regional breakdown, relying on its customer database, although it does now represent about 20 per cent of the total. However, their results are reasonably well regarded and are used for reference by the Government, especially as a UK-wide analysis is included.

Hometrack, too, has been producing market surveys for many years. But nowadays these cover house price movements in major UK cities only – rather than the whole country, as previously, which is rather limiting and skews the overall picture.

The Royal Institution of Chartered Surveyors (RICS) has proved to be a historically reliable identifier of market trends since 1978 and their monthly report was described by Goldman Sachs as, “the best lead indicator of house prices.” However, RICS doesn’t include price data and its numbers are based on a relatively small sample.

Perhaps the forthcoming ‘official’ government house price index for the UK (which is set to be launched in June next year by ONS and Land Registry) will come to be regarded as the most useful of all.

Meanwhile, the differing statistics – based on varying methodology in relation to house price data – have led to contradictory messages: bewildering people and impeding decision-making.

In addition to inconsistency as the main problem in interpreting these surveys, compilation of the indices is a mathematical exercise, whereas home buying tends to be more emotionally led. Thus, a rate per square foot may reflect south facing aspect, better condition, larger gardens, the ‘premium’ paid by some to live in a particular school catchment area or close to family and personal friends. Yet, differing rates can create misleading impressions.

However, no two houses are the same. So establishing a clear direction for the property market is virtually impossible. Results can never be more than a guide to price movements and therefore many commentators rely simply on an average of the main property indices. 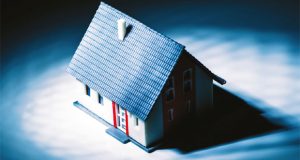 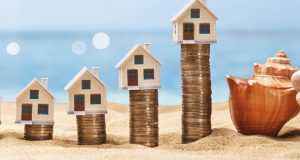