Sign in or Sign up
The essential site for residential agents
Home » Resources » Redress » When is an HMO not an HMO?
previous next

...when it hasn’t got a licence. The Property Ombudsman, Katrine Sporle, adjudicates on a case of inaccurate property description. 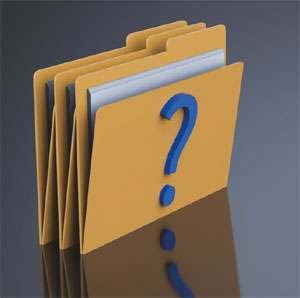 A case that The Property Ombudsman (TPO) was asked to review came from buyers who complained that the agent had used an inaccurate description of the property by stating that it had the appropriate permission to be used as House of Multiple Occupation (HMO) when it did not.

The agent responded saying that their due diligence checks carried out before marketing had confirmed that the property had long-established use as an HMO and therefore their sales particulars were correct.

Online marketing material stated that the property had established use as an HMO.

Both statements came from the agent’s initial property questionnaire where the sellers circled yes in response to the question ‘is there an existing HMO licence?’.

From the evidence submitted it was clear that the property was being used as an HMO at the point of the agent’s instruction and had been used for this purpose when the sellers purchased it. However, having asked this question, as a matter of best practice and in accordance with their obligations under Paragraph 1e of the Code, the agent should have requested sight of the HMO licence. Had the agent done so it would have become apparent at that point that there was no such licence in place.

As required within Paragraph 7i of the TPO Code of Practice, the agent had an obligation, by law, to comply with the Consumer Protection from Unfair Trading Regulations (CPRs). The CPRs required the agent to disclose material information in a clear, intelligible and timely fashion, and to ensure that they made no material omissions which may have impacted upon the buyers’ transactional decision. This obligation extended to taking reasonable steps to ensure that all statements made about the property, whether oral, pictorial or written were accurate and not misleading.

If the seller or a landlord cannot provide the appropriate evidence, this fact should be conveyed to potential buyers and tenants at the earliest opportunity.

As the agent was unable to evidence that they had taken reasonable steps to ensure that the property had the correct HMO licence, the Ombudsman was critical of the statements the agent had used within the sales particulars.

Instead, the agent should have referred to the property as being used as an HMO but also clarified that they had not seen an HMO licence in relation to this. Had they done so, potential viewers would have been on notice that they would need to make further enquiries before proceeding.

Furthermore, it was also noted that prior to the buyers’ offer being accepted, another interested party asked the agent for evidence of the relevant HMO permissions. The sellers were unable to provide these. At this point, the agent should have amended their particulars to accurately reflect the situation and made all parties aware of the change.

Having seen the conditions, the Ombudsman was not satisfied that the buyers withdrew purely because of the issue with the HMO licence. Whilst the buyers’ concerns were valid, the property could have continued to be used as an HMO subject to obtaining a licence, which the sellers subsequently obtained. However, the buyers did suffer avoidable aggravation as a result of the inaccurate descriptions in the sales particulars. The Ombudsman therefore supported the complaint and made a compensatory award of £300.

The CPRs place the obligation on the agent to ensure that what they say about a property is accurate and material information is not omitted. Where a seller or a landlord states that they have the appropriate mandatory permissions in relation to a property, the agent should always take reasonable steps to request sight of the documentation.

If the seller or a landlord cannot provide the appropriate evidence, this fact should be conveyed to potential buyers and tenants at the earliest opportunity. Had the agent done so in this case, the buyers would have been aware from the outset and the complaint would not have arisen.