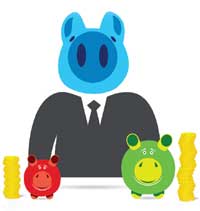 Agent 1’s response was that the property was marketed by Agent 2 throughout the period in which they were instructed, and that, as per the terms of their Agency Agreement, a multi-agency rate commission fee was payable.

I began by explaining that no complaint had been brought against Agent 2, and therefore I was unable to consider their actions. For clarity, I understood that Agent 2 had been informally instructed in the sale of the property by the complainant’s parents in 2012. The parents at no time owned the property, and, as such, had no legal standing upon which to formally instruct Agent 2. Agent 2 confirmed that they had no further involvement with the property beyond 2012, however, the records submitted by Agent 1 indicated that the property continued to be marketed by Agent 2 throughout 2013 and into 2014. I saw no evidence to suggest that Agent 2 was, at any time, formally instructed by the seller to market the property for sale.

The seller did not formally instruct Agent 2 so there was no contractual entitlement for Agent 1’s multi – agency fee.”

I upheld this complaint as I did not consider that Agent 1 was contractually entitled to the multi-agency commission fee of two per cent (plus VAT) that was charged. The complainant had paid this fee in full on a without prejudice basis in order to avoid court action. Accordingly I directed the agent to reimburse the complainant the difference between the multi-agency fee that was paid and the sole agency fee of 0.8 per cent (plus VAT) that I considered was properly due.