Where did that whisky A Go-Go? 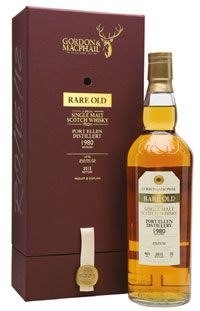 When his tenant’s rent went unpaid, a Scottish landlord accepted nearly £40,000 worth of stolen whisky as payment. Kenneth McLean, 48, from Avonbridge near Falkirk, was caught with 57 bottles of rare malt whisky hidden in his loft after police received a tip off.

The whisky had gone missing from a storage vault in Grangemouth used by drinks giant Diageo, last July. Among those recovered were nine bottles of 37-year-old Port Ellen, worth almost £2,500 each, and seven bottles of Brora 1977 worth £12,250 in total.

When Mr McLean was arrested he claimed that he had bought the whisky, planning to keep it for ten years and sell them on at a profit. However, none of the bottles were duty paid, so they could not legally be sold in the UK. It later turned out that McLean had spoken to social workers who were compiling a report, telling them he had accepted the whisky as rent and had been “wilfully blind” to the fact they were probably stolen.

After admitting to the criminal offence of reset – the term for possession of stolen goods in Scottish law – Mr McLean was given a community sentence and ordered to complete 200 hours of unpaid work.

Defending McLean was solicitor advocate Martin Morrow, who said of his client: “He acknowledges that he has been extremely foolish.”