Sign in or Sign up
The essential site for residential agents
Home » Features » Why are so few agents keen on green homes?
previous next
Marketing

Why are so few agents keen on green homes?

Green homes are great homes, but Andrea Kirkby finds that the eco thinking is not really widespread among estate agents. But why? 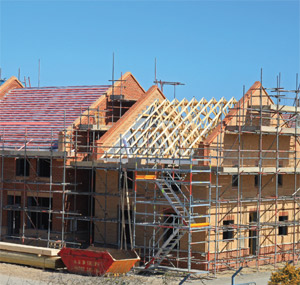 A journalist’s first recourse, when researching any article nowadays is inevitably Google. However, try searching for “green estate agent”, “estate agent sustainability,” or “estate agent green homes”, and you don’t get very much. While developers strut their eco-stuff, agents still regard the EPC as necessary paperwork (mostly outsourced) that’s no more a marketing opportunity than antimoney laundering compliance. Look at two late Victorian terraces – notorious energy sumps – in most estate agents’ windows and you’d have no idea that one has three or four times the energy bills of the other, triple-glazed, highly insulated house.

A select few agents have started to pick up the ‘green’ theme. Enviro Estates, for instance, only sells houses energy-rated ‘E’ or above – though an ‘E’ rating is hardly zero-carbon – and, intriguingly, offers a scaled commission rate with lower fees for higher rated properties. It currently has two branches, in Altrincham and Hammersmith, working from serviced office space rather than a high street property. But on the whole, most agents don’t push environmental issues, and many display little eco-savvyness.

It’s incredibly difficult to market… if estate agents don’t get it, how do we expect the customers to get it?” Alan Gillard, Gillard Associates.

Niche portals like Green Moves and What Green Home are doing more – but many of the featured properties on What Green Home, though affording inspiration, are not for sale.

Many developers feel estate agents are lagging behind. Alan Gillard, principal of architectural firm Gillard Associates, has been involved in developing sustainable properties around Cardiff with LivEco. He says bluntly that “estate agents don’t get green issues;” even having given agents a clear briefing, he says, he found they hadn’t really got the message over to potential purchasers about the lower running costs of low-carbon housing. “We gave them quite a strong message but they didn’t really have the awareness,” he says. “It’s incredibly difficult to market. If the agents don’t get it, how do we expect the customers to get it?”

THE PROBLEM OF PRICE

One of the difficulties is that highly sustainable properties are slightly more expensive than less ‘green’ alternatives – though buyers will benefit from an eventual payback due to lower running costs. A paper from Hasker Architects a couple of years ago estimates the extra costs might be from £19,000 to £47,000 per home, and Gillard says LivEco’s properties cost £10-15,000 more than comparable properties with higher carbon footprints. However, that’s beginning to change as economies of scale lead to lower prices for green technologies; the recent Lyons Review sponsored by the Labour Party contained estimates of just £5,000 extra cost for zero carbon homes and expects that to fall to £3,500 by 2020. That represents just a couple of per cent of the average house price.

Developers are a mixed bunch when it comes to their green credentials, too. The annual NextGeneration benchmarking exercise, carried out by Jones Lang LaSalle, shows that there’s a huge divergence between the best and the rest. Larger companies are doing better than smaller (the top 25 score 75 per cent on average, against an industry average of just 39 per cent), and listed companies are doing much better than private ones, scoring more than twice as highly; stock market regulations force companies to disclose their environmental impact and put the pressure on them to clean up their act. “Strong performers are pulling ahead,” according to JLL – but the weaker ones are getting bogged down.

I don’t think that agents (in general) make enough of energy efficient devices – they can make a huge difference.” James Wyatt, Barton Wyatt.

Still, it’s unfair to blame the property industry for a lack of progress. Most buyers still don’t put energy ratings at the top of their list of requirements. As James Wyatt, partner at Barton Wyatt, says, “Buyers still often purchase a house from the heart, not the head,” very few of them include zero carbon in their vision of the dream house.

However, buyers have become more interested in energy consumption; driven by high energy prices and consequently massive heating bills. “I manage lots of houses for overseas owners,” he says, “one spends £1000 a week on electricity. These sort of people are very wealthy, but even they wince at the cost of energy.”

“I don’t think estate agents (in general) make enough of energy efficient devices, they can make a huge difference.” So without banging the drum for Greenpeace, or becoming experts on sustainable technology, agents can point purchasers to the benefits of energy efficiency.

James also finds that while relatively few buyers do more than skim read the EPC, their expectations have risen, driven at least partly by the “green” features that newbuild and newly refurbished properties include as standard. Increasingly stringent specifications in Building Regulations, he says, mean that “water recycling, ground or air source heating, double/triple glazing are all pretty much standard. And the very rapid improvement in LED lighting has seen the initial cost zoom up, but running costs crash down.”

Marc Pritchard, Sales and Marketing Director of Taylor Woodrow España, says that energy certification “is something our customers expect from us anyway,” he explains, “but nobody asks for specific details.” You can’t get away without the paperwork, but it’s difficult to make it into a positive feature. (If you think the UK is bad at sustainability, Spain is worse – Certicalia, the energy certification platform, reports that only 13 per cent of necessary certifications have been provided.) 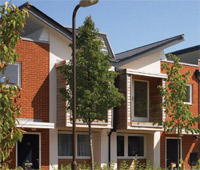 That’s why developers tend not to market highly energy efficient properties as “eco-homes” but instead promote energy efficiency as part of a lifestyle. Crest Nicholson’s Rowan Park development, built to Code for Sustainable Homes level 4, markets its modern looks, with roof lanterns, bold frontages, and large windows, and “comfort all year round”. It’s as part of the latter that the low energy lighting, windows planned to maximise light gain, and high insulation values make their appearance – rather than as part of a ‘green’ theme.

There’s another problem, too, which is that no one can quite agree what a green property is. There are various codes and criteria, from the BRE Eco Homes, through the soon to be discontinued Code for Sustainable Homes, SAP Ratings, the EPC, to the German led Passivhaus standard, and they are not well understood. The Code for Sustainable Homes criteria will now be enshrined in Building Regulations, which may achieve greater sustainability in newbuild, but does nothing at all to help the public understand the sustainability of a given property. Focus on energy efficiency also obscures the fact that there’s a lot more to sustainability – water saving, for instance, is a major issue, whether through rainwater harvesting or through more efficient bathrooms. Best advice to agents? Don’t promote the schemes or the certifications – promote the benefits.

WHO ARE THE BUYERS?

On one level, just about everyone. Research from Smart New Homes showed a huge swing from just 20 per cent of buyers considering energy efficiency as part of the homebuying decision in 2005, to 82 per cent in 2012. But purchasers specifically interested in extremely low carbon footprint properties are a rarer breed.

Alan Gillard says his experience has been that they fall into two camps. “Firstly it’s buy-to-let landlords,” he says, “and the other big sector is the downsizers, approaching retirement, or they have retired and want something that’s easily manageable with low maintenance costs.” Through his architectural practice, he also sees younger couples and wealthier individuals, but they tend to commission their own eco-homes or green makeovers. (One of his clients now makes £2,000 a year exporting electricity to the grid.) But that’s very small scale, and there is not a lot of this kind of property coming on to the resale market.

That suggests there are two types of agent who will do best out of focusing a little more on sustainability issues. First, those with both sales and lettings arms and good contacts with buy-to-let landlords are in a strong position. New regulations which will bar new rentals of properties below the minimum band E rating from 2018 will force landlords to decide whether to upgrade existing properties or purchase better rated new builds. Agents who are well briefed on the issues and can help landlords through the minefield stand to gain. Edmund Cude, for instance, covered Green Deal issues in one of its landlord seminars – though that wasn’t an exclusive focus it’s obviously something many landlords want to hear about (particularly given the mangled, late implementation of the scheme).

It’s possible that there could be a surge in resale inventories as landlords decide to get rid of band F and G properties rather than spend the money on updating; on the other hand lettings agents could partner with installers to help upgrade properties (whether within the Green Deal, or outwith the scheme).

Secondly, those estate agents with a strong new homes practice could leverage sustainability issues to market the most modern and energy-efficient homes. The rapid tightening of Building Regulations over the past few years makes efficiency a key benefit that new properties offer over even relatively recently built resale homes – and one that’s not always promoted as much as it could be.

Meanwhile, if – as Alan Gillard reckons – we’re 25 years behind Germany in adopting sustainable technologies in our homes, that’s not estate agents’ fault. We need to see an end to years of governments moving the goalposts for energy-efficiency schemes continuously, and – as happened this July – suddenly turning the taps off as soon as anyone actually gets interested. A simple, stable scheme with proper funding might actually bring sustainable technologies into the housing mainstream, rather than leaving it to the eco-warriors and the Grand Designs.