Winter boots for the homeless in Dorset 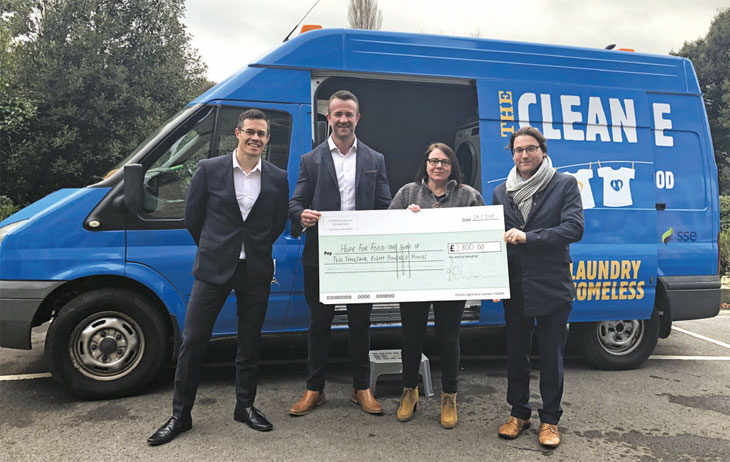 The team at Edwards Fine & Country in Bournemouth presented Hope for Food with a cheque for £2,800 to buy 35 pairs of winter boots as part of The Fine & Country Foundation’s autumn grant programme.

The team met Claire Matthews, founder of Hope for Food, formed by Claire in 2013 following her struggle out of homelessness with her three children.

The charity began with a soup kitchen running one day a week, expanding to operate five nights per week to help vulnerable and homeless people in Bournemouth.

Hope for Food is run entirely by volunteers, allowing all donations to go to running costs, food and essential items for the clients. The van transports hot food and also has a built-in shower.

Grant Brooks, MD, Edwards Fine & Country said, “Speaking to Claire, the most humbling aspects of her work became clear. Hope for Food not only assists the homeless people living in our community, they also provide around 900 families with food hampers. Within those families are approximately 1,500 children.”

The van travels to schools in Bournemouth to provide showering facilities to children that do not have these luxuries in their own home.