The new series of hit Channel 4 show Stath Lets Flats is due to begin tonight as the lettings comedy is once again heralded as one of TV’s biggest ‘surprise’ hits.

When it first appeared on TV back in June 2018, the show didn’t look promising – who would want to watch a sitcom about an inept, prideful moron letting agent and his blundering attempts to work with colleagues, tenants and landlords at his father’s care-worn lettings business nose dives?

Written and starring Jamie Demetriou the ‘cult cringe comedy’ has gone on to become a smash it on Channel 4 and was re-commissioned for a second series and then a third, which kicks off tonight at 10.15pm for six weeks.

The triple Bafta award-winning series, which those from outside the property industry watch for its smorgasbord of toe-curling and dysfunctional characters working at Michael and Eagle Lettings, has clearly been meticulously researched by Demetriou.

His observations about the daily grind of a lettings agency can be spot on – people blustering their way through a property viewing, pilfering tenant applicants off colleagues, battling a cramped letting agency branch, selling undesirable properties too hard and, in one episode from Series 2, making a fool of ourself at the annual letting agency awards.

Demetriou has promised that his letting agency character Stath Charalambos will face several new challenges this time, including saving the firm from going under and becoming a father, and that the series will feature several cliffhangers.

To watch the previous series of the show, and the new series, on the Channel 4 catch-up platform. 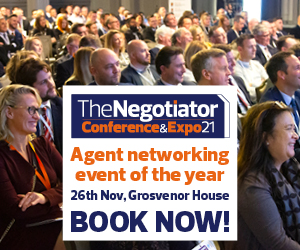