Sign in or Sign up
The essential site for residential agents
Home » News » Does yesterday’s Goodlord staff clearout include its CEO?
previous next
Proptech

Does yesterday’s Goodlord staff clearout include its CEO?

Co-founder Richard White may be about to leave the company as it focuses more on tech, not sales and marketing. 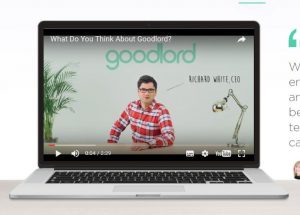 Richard White, the founder and CEO of online rental viewings and digital tenancy processing company Goodlord is about to leave the company, it has been reported.

The news comes just a day after it was announced Goodlord has let 40 of its employees go, reducing its headcount down to 96 from 136.

31-year-old Richard, who is both a director and company secretary of Oh Goodlord Ltd, started out in the property industry as a Foxtons negotiator before moving to lettings company Capital Living.

He then founded and helped raise £2m in start-up cash plus a further £7.2 million in March last year.

At the time Richard told The Negotiator that he would be spending the extra cash on expanding the company’s headcount, and that Goodlord had signed up several big names to its service including Strutt & Parker.

The company currently says its has 365,000 landlords and tenants who have used its service, and processed 151,000 tenancies.

But Goodlord’s management would appear to have taken it in a new direction following the reduction in staff this week.

Following the departure of 40 staff, Goodlord has released a statement saying it wanted to reduce the size of its sales and marketing teams “to focus on scaling effectively and efficiently” and is ”putting more focus on bringing out new features and automation functionality to the platform.”

“Our customers will see the effects of this focus almost immediately with new features and services being released as soon as the end of the month”, the company says.