Sign in or Sign up
The essential site for residential agents
Home » Features » Agencies & People » Like TV’s The Apprentice, who do you hire?
previous next
Agencies & People

Apprentice? Student? Graduate? Who do you need for your business? Andrea Kirkby reviews your options. 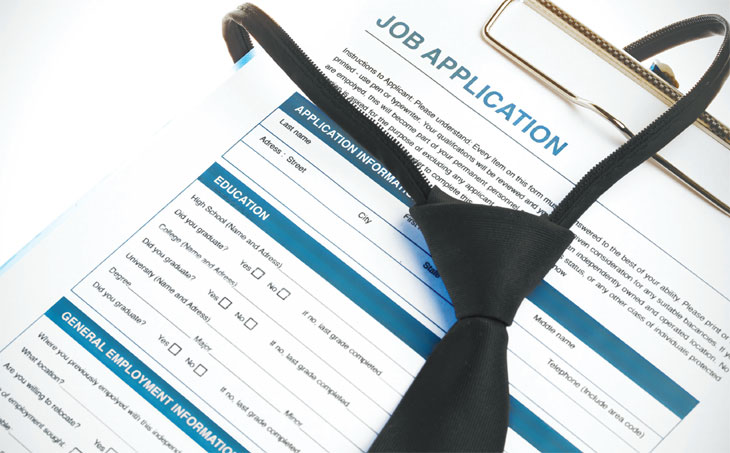 Most of us who began in estate agency sort of fell into it,” says Jan Hÿtch of Arnolds Keys. Entry was pretty random, and training was random, too – depending on the firm, you might be out helping a surveyor and learning all the tricks of the trade, or making coffee and doing the photocopying.

Young people who have taken the college course are a compelling force, in many cases more qualified than some of their peers going into the workplace. Jan Hÿtch, Arnolds Keys.

Sometimes it worked brilliantly. Many of today’s best agents came into the profession that way. The difficulty, though, is that there were no guarantees and no common standards. Jan explains that, “the young person who was taken on was only ever going to be as good as the firm that took them on. So you could interview two young people who had both had, for instance, two years’ experience from scratch with two different firms, but depending on which firm they had been training with, their competencies, skills, experience – and even the moral compass by which they were operating – could be hugely different.”

She also warns that while it’s easy to say that you just let your new hires learn on the job, firms need to be actively involved in managing, assisting and supervising that learning if they’re going to get the best out of their people. “Lettings and estate agents often say that they love the idea of bringing young people though their businesses and training them up, but they are themselves fee earning practitioners working hard to win enough business to keep their firms going,” she says – “and they ‘just don’t have the time’ to take and train complete beginners.”

So there are good reasons for many employers’ increasing interest in apprenticeship schemes and entry-level qualifications. Jan Hÿtch has been at the forefront, helping City College Norwich create a one year full time course aimed at 16-18 year olds and leading to an NAEA or ARLA qualification. The course is now in its third year, and has seen good take-up – Howards, for instance, put eight apprentices through the course – while many of the students have already got part time or weekend work with local agents. The college also organises networking events with the Norwich and District Association of Estate Agents, and students are invited to NAEA and ARLA conferences, giving them a feel for the industry.

Jan Hÿtch says employers know what they’re getting when they take on someone who has done the course. “These young people are a compelling force in the employment marketplace, being in many cases more qualified than some of their peers when they go into the workplace, and from an employer’s perspective, being ‘front office ready’ on day one.”

A similar course is now due to be launched at City College Brighton and Hove in 2017. As with Norwich, the involvement of a local agent as liaison is crucial, in this case Chris Sawyer of Sawyer & Co. Jan Hÿtch says there are plenty of other irons in the fire, with other colleges interested in offering a similar course.

A GAME OF CHANCE?

Frances Burkinshaw, a freelance trainer in lettings agency, believes progress hasn’t been even across the board. “I still believe there’s an awful lot of entry by chance,” she says, and even within agency, “many companies seem to think it’s a doddle moving people across from sales to lettings. It’s not!” She believes school-leaver entry and learning on the job can work well, particularly for smaller businesses, but warns that firms “need a massive commitment to training. Have your new entrants nurtured and shadowed and it’s a good investment in the long run. Don’t just give them photocopying to do.”

Agencies need a massive commitment to training. Have your new entrants nurtured and shadowed; it’s a good investment in the long run! Frances Burkinshaw, Trainer.

“I have nothing against university entry, nothing against working your way up from the bottom either,” says Frances, but she warns against creating two-tier entry systems where graduates are groomed for management while apprentices are not expected to progress further than negotiator. “I don’t see why an apprentice can’t be managerial,” she says; “Don’t slap them down – it could be a waste of really good people.” (She’s also realistic about the appeals of graduate entry; her daughter has just done a real estate degree, she says, “but she couldn’t just step into an office and start running things.”)

Robert Nichols, MD of Portico, is open minded about where new recruits come from. “We’ve been both ways, graduate and school leaver entry,” he says. “No one route is perfect. All have opportunities and all have problems.” Fresh graduates may have intellectual skills but “aren’t necessarily in the routine of getting up every day nice and early”, and they can want to progress faster than they’re really able to. Hiring staff with experience at other agents can work, but sometimes “they’re not able to adapt to our ways.” Meanwhile some school leavers may be wet behind the ears, but “some of our most senior guys don’t have degrees and are exceptional in their roles.”

Fresh graduates may have good intellectual skills but aren’t necessarily in the routine of getting up every day nice and early. Robert Nichols, Portico.

He believes the key is to be flexible; “With recruitment you can never be 100 per cent sure you’re going to get it right. A blend of entry routes leads to a better team who can learn from each other and bond together.” Training helps to ensure that whatever entry route someone took, they have the same knowledge and skills base as everyone else in the firm; at Portico, that means negotiators get a week’s boot camp, ARLA training as well as guest speakers on special topics such as the legal aspects of lettings.

Because they offer a structured pathway to career progress, with explicit training goals, apprenticeships are attractive to applicants and can help lure the best talent into firms which have the right package. Jan Hÿtch points out that apprentices don’t cost a firm more than ‘learn on the job’ school leavers – and they can play a productive role in the business much more quickly.

Meanwhile Savills not only has excellent training within its agency business, but has also approached another area of the property world where entry has often been straight from school and training has been haphazard, setting up Savills Pathways to provide training in different competencies across the sites that it manages. It’s something of a challenge, since each site has its own different requirements, from retail to commercial, from major sites with huge teams to those with only a handful of staff. Savills has also opened its training to contract staff, as well as direct employees.

Not all firms will be able to set up a major in-house training effort, but a single office firm could take on an apprentice using the opportunity provided by City College Norwich, or by using ARLA or NAEA training courses to provide the training element. Larger firms and independent agencies can also create training in-house, and need to consider the advantages and disadvantages of doing so.

External training courses have a huge advantage, Frances Burkinshaw believes. “In ARLA training, you have people from different companies, with different experiences and ways of doing things that they could share.”

It was one of the things she most enjoyed about training for ARLA and she believes it had real business benefits for employers. “Because of the discussions they had on the course, employees can go back and improve their businesses.” Firms which do only internal training could end up becoming hidebound, and missing the ways in which the industry is progressing, or simply not coming across innovative ideas.

Of course NFoPP training courses deliver exactly the same to everyone, and not all estate agents are the same. Alison Tollerfield says that ,“Savills is about delivering a unique, high quality service – it’s not about what we do, it’s about how we do it. We don’t want to be just another agent, we want to stand out.” Training needed to reflect that, which is why Savills created a blend of external professional qualifications with in-house training.  A blended approach gives the company the best of both worlds.

Robert Nichols also believes in mix and match. He says, “I’ve done all of the ARLA training, because I wanted to see what it was like, but then I wanted to see if we could do something that was more tailored to our business.” Portico now does its training in-house, working with an external training company that delivers the courses, and a lot of the time, Portico is in control of the specific material being used. “We do a blend,” he says, “and that works well.”

The blended approach does require a bit more resource than simply packing trainees off to an external training course, but in the case of agencies with a strong and distinctive culture, it seems to be useful.

Agency seems unlikely to become an all-graduate entry profession – not least because the big commercial firms are lining up for the best graduates ahead of residential agencies. But entry to the profession does look as if it will become more structured. And whatever the age and educational level of entrants, it looks as if there will be far more focus in future on training and professional qualifications. Those firms that don’t keep up are likely to lose out.

Next month Andrea Kirkby looks at the best ways to integrate training and career development in your business.